New Delhi: At least 14 Delhi-bound trains are running late from one to 2.30 hours due to low visibility and other operational reasons, in the Northern Railway region.

The list of other trains running late due to fog are: 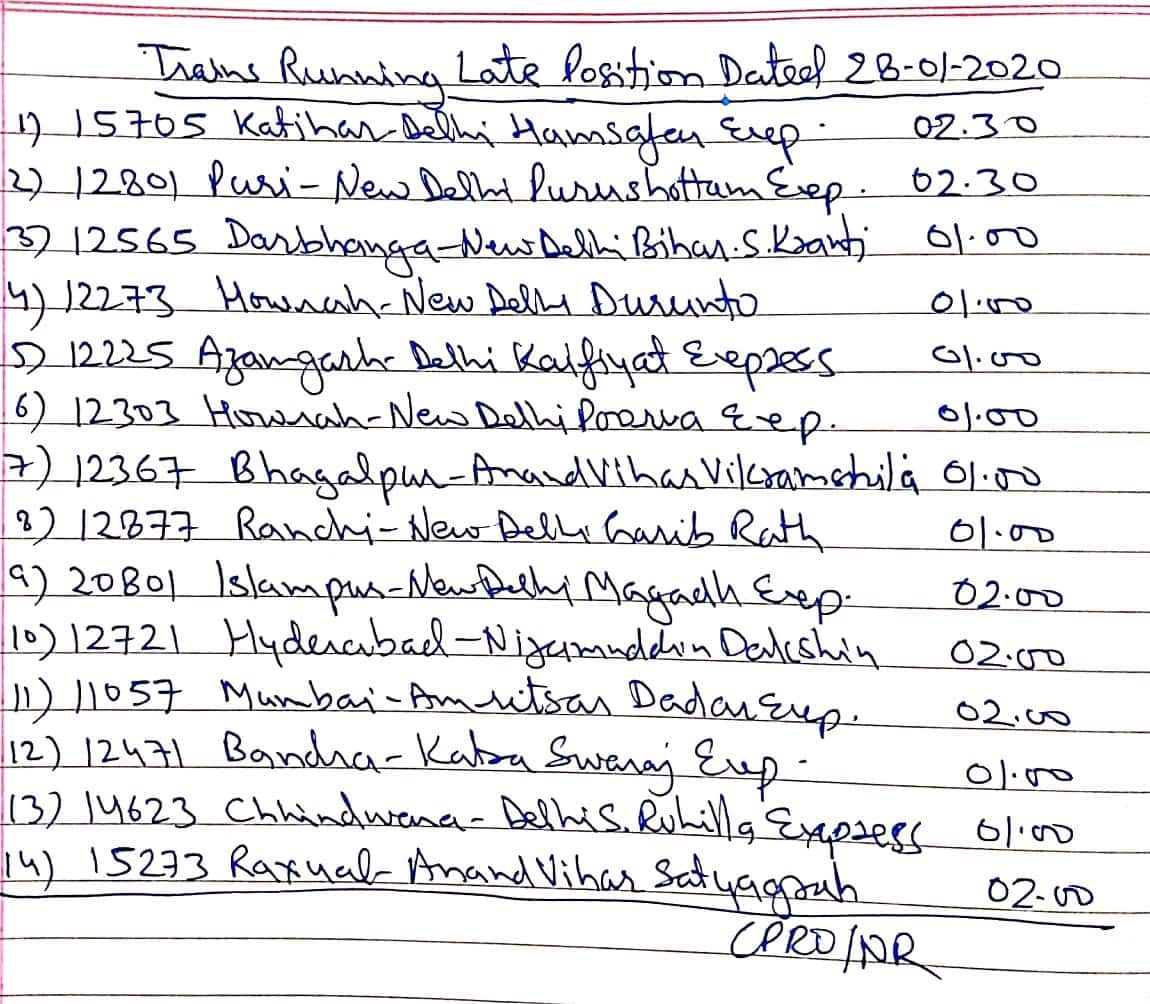 According to the weather department, the temperatures are expected to dip in next two to three days and light rains are predicted on Tuesday. The overall Air Quality Index (AQI) was 345, falling in the ‘very poor’ category.