BENGALURU: Sixteen disqualified MLAs will join BJP here on Thursday in the presence of chief minister BS Yediyurappa and state party president Nalin Kumar Kateel.
“All the leaders have expressed their intention to join BJP and the party has decided to induct them,” Yediyurappa said after a core-committee meeting on Wednesday. R Roshan Baig, the 17th disqualified MLA, may not join BJP.
A handful of disqualified MLAs met BL Santosh, BJP national general secretary (organisation) in Delhi, hours after the SC delivered its verdict. After the meeting, deputy CM CN Ashwath Narayan, who had accompanied the disqualified MLAs, announced that the rebel leaders will join the party.
“They have already shown their interest to join the BJP. There is no confusion and no difference of opinion…” the deputy chief minister said. Asked if they have been promised tickets for bypolls, he said they are joining the party without any ambitions.
Sources said BJP chief Amit Shah also held a closeddoor meeting in Delhi to discuss the situation in Karnataka. The agenda was to decide on how many rebels should get BJP tickets. The leaders also discussed how to ensure denial of tickets doesn’t affect the state government. 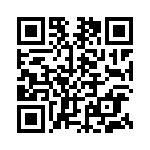 Protest against the Citizenship Amendment Act in India in Bangalore