KOZHIKODE/NEW DELHI: An Air India Express flight from Dubai trying to land in torrential rain with 190 people on board overshot the tabletop runway at Kozhikode’s Calicut International Airport on Friday and went 35 feet down a slope at 7.41pm, killing at least 17, in a chilling reminder of the 2010 crash at Mangalore’s table-top airport.
The aircraft, a Boeing 737, broke in two. The deceased include the flight commander, Deepak V Sathe, and co-pilot Akhilesh Kumar.
According to flight tracking sites, the aircraft made two attempts to land in heavy rain before touching down the third time, leading to the accident. The flight was part of the Vande Bharat repatriation mission and most passengers were stranded non-resident Keralites returning home from the UAE following the Covid-19 pandemic.
Sources said at the time of the third attempted landing the wind speed was 15 knots and there was heavy rain. The aircraft was high on approach, possibly due to strong tailwinds. It landed beyond the touchdown point on the runway, which was why it failed to stop in time.
Air India plane crash: Follow live updates
The nose of the aircraft and the cockpit area were completely destroyed and the fuselage had broken into two pieces. Many passengers suffered serious injuries, including to the head and fractures, due to the crash impact. Fortunately, the plane did not burst into flames.
Aviation minister H S Puri said in a series of tweets: “Unfortunately, 16 people have lost their lives. I offer my heartfelt condolences to their next of kin and pray for speedy recovery of the injured… The flight… overshot the runway in rainy conditions and went down 35 feet into a slope before breaking up into two pieces. A formal enquiry will be conducted by Aircraft Accident Investigation Bureau (AAIB).”

“Pained by the plane accident in Kozhikode. My thoughts are with those who lost their loved ones. May the injured recover at the earliest. Spoke to Kerala CM @vijayanpinarayi Ji regarding the situation. Authorities are at the spot, providing all assistance to the affected.” Prime Minister Narendra Modi tweeted.

Pained by the plane accident in Kozhikode. My thoughts are with those who lost their loved ones. May the injured re… https://t.co/egvwN91Xr1

A meeting of the special crisis management group ended close to Friday midnight. Top officials of various aviation authorities — like AAI, DGCA, AAIB, AI and AI Express — left the aviation ministry HQ to take special flights to Calicut. “Two investigation teams of professionals from AI, AAI and AAIB will leave for Kozhikode at 2 am and 5 am (Saturday). Everyone has now been rescued from the aircraft. Rescue operations are now complete,” Puri said.

Two investigation teams of professionals from @airindiain @AAI_Official & AAIB will leave for Kozhikode at 02.00 hr… https://t.co/XgH7mSm3Jp

Firefighting personnel and hundreds of rescue workers immediately reached the airport and the injured were taken to government medical colleges in Kozhikode and Malappuram and private hospitals in Kozhikode and Kondotty. State health minister K K Shailaja said many passengers had serious injuries.
According to Air India, there were 174 passengers, 10 infants, two pilots and five cabin crew on board the aircraft. It is the first major accident at Calicut International Airport in its 32-year history.
Source :Google News 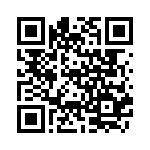