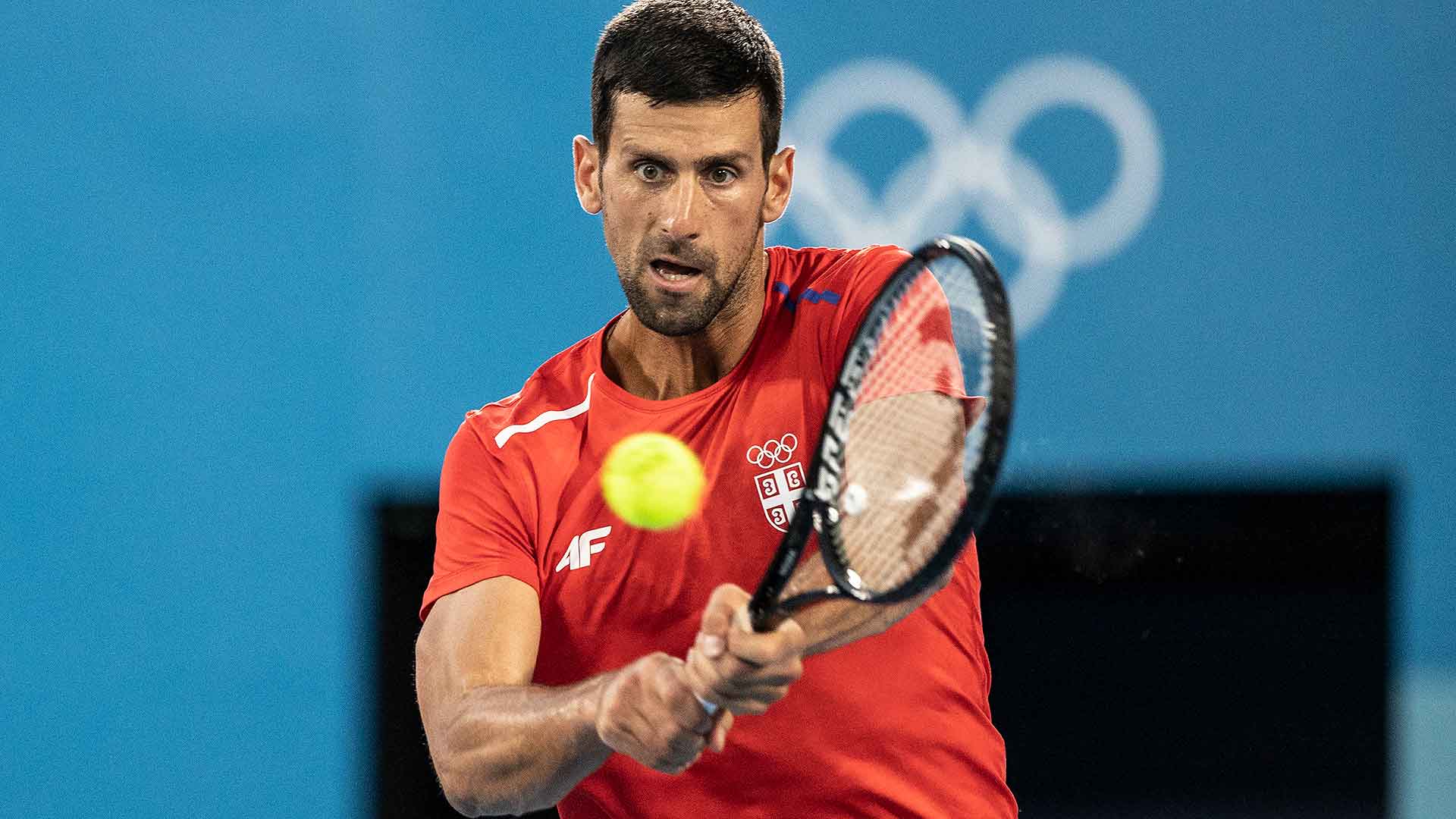 Novak Djokovic will continue his historic pursuit of a Golden Grand Slam at the Tokyo Olympics, which begins on Saturday, but may need to overcome Andrey Rublev and Alexander Zverev to reach the gold medal match.

The World No. 1, who has compiled a 34-3 match record and won the first three Grand Slam championships of the year, will begin his quest at the Ariake Tennis Park against Bolivia’s Hugo Dellien.

Competing at his fourth Olympic Games, Djokovic could face Lorenzo Musetti, the #NextGenATP Italian star in the third round. The Serbian superstar fought back from two-sets-to-love down against Musetti in the Roland Garros fourth round last month. Djokovic may potentially meet Rublev for the first time in the quarter-finals and then hope to extend a five-match winning streak against Zverev in the semi-finals.

The 34-year-old Djokovic clinched the bronze medal at the 2008 Beijing Olympics (d. Blake), but lost to Juan Martin del Potro in bronze medal match at the 2012 London Olympics and to the Argentine star in the 2016 Rio Olympics first round.

Germany’s Steffi Graf remains the only tennis player to have captured all four majors in a season and an Olympics gold medal in 1988.

World No. 2 Daniil Medvedev, who will make his Olympic debut in the same half of the draw as third-seeded Greek Stefanos Tsitsipas, begins his campaign against Alexander Bublik of Kazakhstan. Tsitsipas opens against Germany’s Philipp Kohlschreiber, while Rublev takes on Rio bronze medallist Kei Nishikori of Japan in the first round.

In other popcorn first-round matches, seventh-seeded Pole and Wimbledon semi-finalist Hubert Hurkacz faces Marton Fucsovics of Hungary. Russian 11th seed Aslan Karatsev, who features in the top half of the draw, meets Tommy Paul of the United States.

The Tokyo Olympics tennis event is being held at the Ariake Tennis Park, venue of the ATP 500-level Rakuten Japan Open Tennis Championships.