The opening week of the 13th edition of the Indian Premier League (IPL) being playing in the United Arab Emirates (UAE) was watched by 269 million viewers, 11 million more per match compared to the like period of last year’s edition.

According to a BARC-Nielsen report titled ‘Television Viewership and Advertising Consumption of IPL-13 2020’, the opening week of the ongoing IPL edition saw a 15 per cent growth in viewing minutes as compared to 2019.

The opening week of IPL 2020 witnessed a 21 per cent growth in average impressions per match as compared to the 2019 edition of the cash-rich league, despite holding one match less and fewer channels showing the league than in 2019. The tournament, in the first week, registered 60.6 billion viewing minutes across seven matches and 21 channels.

BCCI Secretary Jay Shah had on September 22 said that the CSK-MI match played at the Sheikh Zayed Stadium in Abu Dhabi was watched by 20 crore people.

“Opening match of #Dream11IPL sets a new record! As per BARC, an unprecedented 20 crore people tuned in to watch the match. Highest ever opening day viewership for any sporting league in any country- no league has ever opened as big as this,” Shah had tweeted.

According to the report, matches 2 to 7 garnered more than 34 million impressions and were watched by over 100 million viewers match on match (the highest being the one between CSK and MI, which was watched by 158 million viewers).

It also said that one out of 3 television viewers watched IPL 13 live in the opening week, with a cumulative reach of 60.6 billion viewing minutes.

The growth was witnessed in advertising volumes across all the matches, except match No. 7, which saw a decline of 2 per cent as compared to last year’s seventh IPL match.

OTT platforms during the opening week of this season witnessed a 32 per cent increase in user base over the previous week, primarily driven by the massive gains seen in Disney+Hotstar.

Smartphone usage also witnessed a sharp increase during the opening week of IPL 2020 — up by 8 per cent as compared to recent weeks — whereas video streaming spiked by 13 per cent.

Massive gains were seen in the audience base for Hotstar, Sports Apps and Fantasy Sports, stated the report. 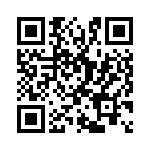 IPL 2020 | Five worst bowling figures in the tournament so far

IPL 2020 | Steve Smith can ‘drop himself’ to accommodate for overseas pacer in RR, says Gautam Gambhir