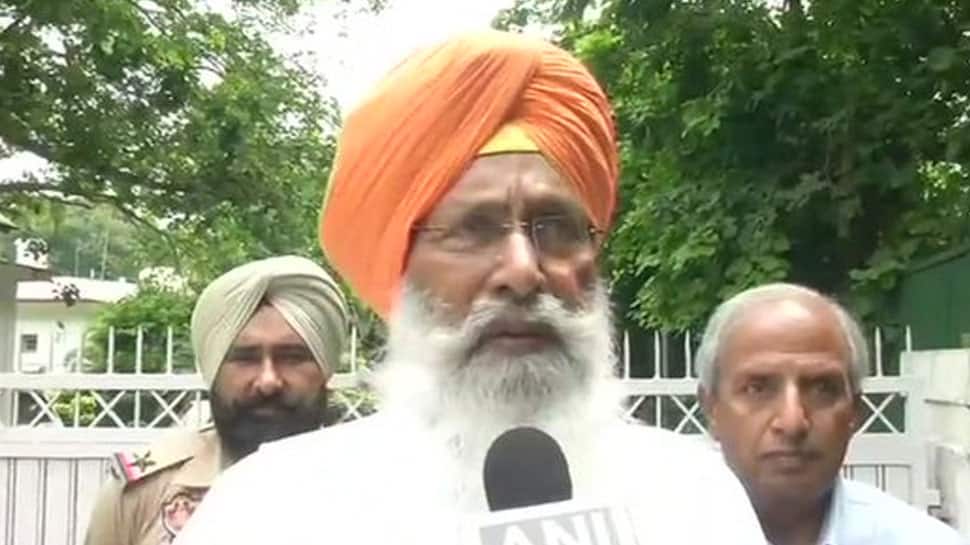 Dhindsa was presented the Padma Bhushan by President Ram Nath Kovind in March 2019.

Earlier in the day, SAD patriarch Badal, former Union Minister and five-time Chief Minister of Punjab, returned the Padma Vibhushan award “in protest” against the “betrayal of the farmers by the Government of India” and for the “shocking indifference and contempt” with which the government is treating the ongoing peaceful and democratic agitation of the farmers.

“I am who I am because of the people, especially the common farmer. Today when he has lost more than his honour, I see no point in holding on to the Padma Vibhushan honour,” said the Akali stalwart in his letter to President Ram Nath Kovind.

Badal, in his letter to the President, further described the “the black laws now implemented by the government” as “the proverbial last nail in the coffin of the country`s annadata.’’

This comes as thousands of farmers, primarily from Punjab and Haryana, are protesting at the borders of Delhi against the recent farm laws passed by the Central government.

The farmer leaders and the Centre are engaged in talks to resolve the differences over the laws. A delegation of more than 34 farmer leaders holding the fourth round of talks with the Centre on Thursday demanded a specific law on Minimum Support Price (MSP) as pre-condition for sending their ongoing agitation against the farm laws.

The farmer union representatives emphasised that the law must guarantee them MSP not only now but, in the future, as well.

The farm unions were also reportedly adamant on demanding the government repealing its three farm laws enacted in September during the Monsoon Session of Parliament.

They have also put some other demands on behalf of thousands of farmers owing allegiance to these organisations, huddled under the open sky in the cold winter, refusing to budge until their demands are met.

India, China To Hold Round 9 Of Military Talks Today Amid Border Row – NDTV

Farmers can enter Delhi for R-day tractor rally, to stay near borders – The Indian Express