NEW DELHI: Hailing the passage of three farm sector bills in Lok Sabha, Prime Minister Narendra Modi on Thursday described these proposed legislations as historic and asserted that they will rid farmers and the farm sector of middlemen and other bottlenecks.
With ruling BJP ally Shiromani Akali Dal joining the opposition in protesting these bills, Modi asserted that many forces are trying to “mislead’ farmers and assured the farming community that minimum support price (MSP) and government procurement of their produce will continue along with a lot of other options for them.
These reforms will provide new opportunities to farmers to sell their produce and will lead to increased profits for them, he said.
Lok Sabha on Thursday passed the Farmers Produce Trade and Commerce (Promotion and Facilitation) Bill and the Farmers (Empowerment and Protection) Agreement on Price Assurance and Farm Services Bill.
It has already passed Essential Commodities (Amendment) Bill.
The three bills will now be tabled in Rajya Sabha and become laws after the Upper House also passes them.
They will replace ordinances promulgated by the Union government.
Source :Google News 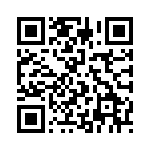