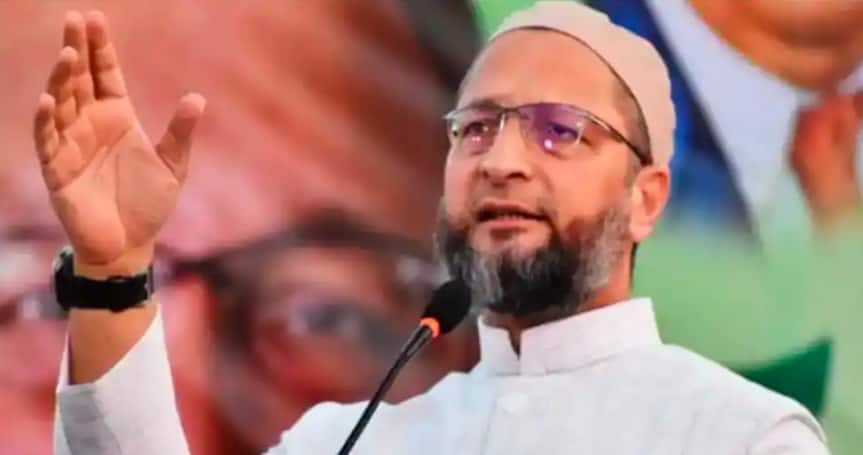 Owaisi urged the Lok Sabha Speaker for “improved security” and demanded that the matter “be referred to the Committee of Privileges for a comprehensive investigation”.

In his letter, AIMIM chief said that his official residence in New Delhi was vandalised by “criminals” belonging to a radical outfit called `Hindu Sena` on September 21, and alleged that his caretaker staff was also assaulted by the “criminals”.

Owaisi wrote, “In addition to your intervention, I request that this matter be referred to the Committee of Privileges for a comprehensive investigation and appropriate recommendations on the matter,” adding “I urge that immediate action is taken in order to preserve the sanctity and majesty of the house. This is an attempt to intimidate the House, its officers and members and such an attempt must be treated as contempt of the House.”

AIMIM MP Asaduddin Owaisi writes to Lok Sabha Speaker Om Birla, seeking his intervention into the case of vandalism at his official residence in New Delhi & ensure “improved security”, demands the matter “be referred to Committee of Privileges for a comprehensive investigation” pic.twitter.com/ONYprdIz9Y

“I request your kind attention to ensure that my privileges as a Member of this House are also protected,” the AIMIM MP added.

Earlier on Tuesday, the nameplate and gate of the official residence of the AIMIM MP on Ashoka Road in Delhi were vandalised. Owaisi had alleged that Bharatiya Janata Party (BJP) has to be held responsible for the radicalisation of people.

The Delhi Police had registered an FIR and arrested five members of the Hindu Sena.

Addressing the public in Sambhal on Wednesday, Owaisi said, “People are calling me `Chacha Jaan`. I am father to those who are poor, weak and facing oppression in Uttar Pradesh. I am brother to those who are sufferers and oppressed women. If supporting weak makes me `abba`, then I`m their `abba` as well.”

Taking a jibe at CM Yogi Adityanath, he said, “Why does he say `abba jaan`? He should say `pita ji` instead,”, adding “It is called dog-whistle politics.”

Tikait had alleged that Owaisi and BJP were a team and the farmers needed to understand their moves well, calling Owaisi `chacha jaan`.