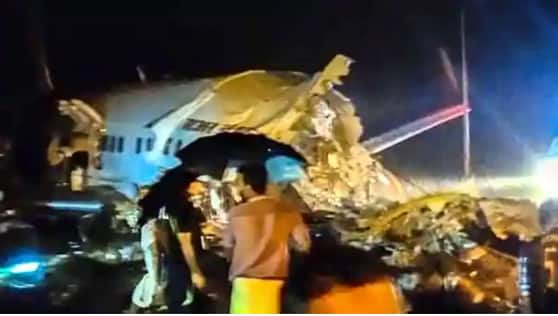 New Delhi: At least 15 people were killed and several others injured when a Dubai-Kozhikode Air India Express flight with 190 passengers and crew skidded off the runway at Karipur airport in Kozhikode, Kerala on Friday (August 7) evening. Chief Minister Pinarayi Vijayan deputed state minister A C Moideen to coordinate the rescue operations.

Helpline numbers have been issued by the Kerala government, Air India, and other agencies to assist people to seek information about the travelers on the board.

Air India Express established helpline number in Sharjah –0097165970303 for people to get updates.

A helpline Control room activated for information at the Karipur Airport after the plane skidded off the runway.
The people can call up at 04832719493.

In a tweet, the Kerala Chief Minister released helpline numbers saying “These numbers will assist you in providing information about passengers who were on the Air india Express AXB1344 from @DXB to CCJ.”

These numbers will assist you in providing information about passengers who were on the Air india Express AXB1344 from @DXB to CCJ.

Kozhikode Collector said that relatives of passengers on board the flight can contact the following helpline for inquiries: 0495-2376901.

The Civil Aviation Ministry, however, said the flight IX 1344 operated by B737 aircraft from Dubai overshot runway at Kozhikode at 7.41 PM on Friday. “No fire reported at the time of landing,” it noted.

The ministry said that there were 174 passengers, 10 Infants, 2 Pilots, and 5 cabin crew onboard the aircraft, adding “As per the initial reports rescue operations are on and passengers are being taken to hospital for medical care. We will soon share the update in this regard.”

Help centers are also being set up in Sharjah and Dubai, the statement added.