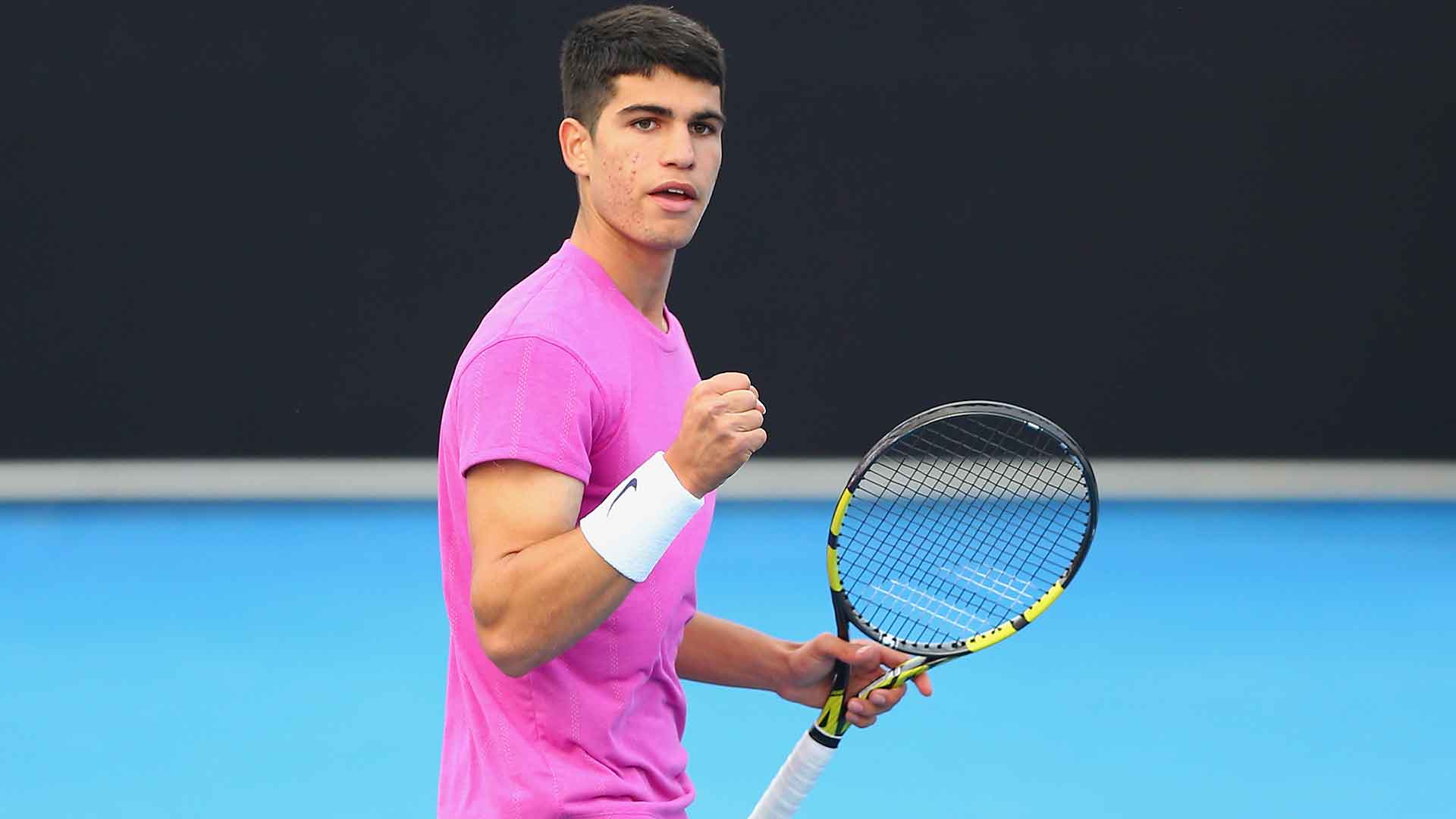 Carlos Alcaraz will take his place in the Australian Open main draw next month after successfully qualifying on Wednesday in Doha.

The 17-year-old Spaniard got off to strong starts in both sets to beat second-seeded Bolivian Hugo Dellien 6-2, 6-3. Alcaraz won 73 per cent of his first-service points to become the first player born in 2003 to qualify for a Grand Slam championship.

The #NextGenATP Spaniard is the youngest player inside the Top 200 of the FedEx ATP Rankings and has built upon an impressive finish to the 2020 season. Across his final six ATP Challenger Tour events in 2020, Alcaraz compiled a 20-3 record and won three trophies from four finals.

Sergiy Stakhovsky, 35, also came through the qualifying competition, which has been held this year in Doha due to the COVID-19 pandemic. The Ukrainian worked his way past Dane Sweeny of Australia 2-6, 6-3, 6-1, converting four of 13 break points for a place in the main draw for the first time since 2016.

Serbia’s Viktor Troicki, 34, also clinched his main draw spot after a 6-4, 6-2 victory over No. 11 seed Cedrik-Marcel Stebe, but 36-year-old Dustin Brown lost out to American Maxime Cressy, who qualifies for the Australian Open for the first time, after hitting 14 aces in a 7-6(5), 6-4 win.