Could this be the week that #NextGenATP Spaniard Carlos Alcaraz wins his first ATP Tour title?

The 18-year-old earned an impressive win on Friday evening at the Plava Laguna Croatia Open Umag, where he defeated third seed Filip Krajinovic 7-6(3), 2-6, 6-1 after two hours and 18 minutes to reach his second tour-level semi-final.

The teen is the second-youngest semi-finalist in tournament history. The only player who made the last four here at a younger age was countryman Rafael Nadal, who was 17 when he accomplished the feat in 2003.

Alcaraz showed grit to battle through the first-set tie-break against an established veteran in Krajinovic. But with the Spaniard’s right arm wrapped and the Serbian surging in the second set with aggressive play, it appeared Krajinovic might be able to run away with a victory.

But Alcaraz raised his aggression in the decider, and there was little Krajinovic was able to do about it. The seventh seed attacked a second serve on break point in his first return game of the third set and rushed the net behind it, putting away a crisp forehand volley to earn the advantage. Alcaraz continued going with his shots from there, and he did not lose serve the rest of the way to set a clash against Albert Ramos-Vinolas.

You May Also Like: Gaston Saves 4 MPs, Stuns Garin For First ATP SF ​

Top seed Ramos-Vinolas eased past Italian Stefano Travaglia 6-2, 6-1 in 68 minutes earlier in the day. The Spaniard, who won his third ATP Tour title at the Millennium Estoril Open (d. Norrie) in May, produced a dominant display against Travaglia to reach his fourth tour-level semi-final of the season.

Ramos-Vinolas won 72 per cent (26/36) of his first-service points to claim a 19th clay-court victory of the year. The 33-year-old snapped a seven-match losing streak when he overcame Duje Ajdukovic in the previous round. 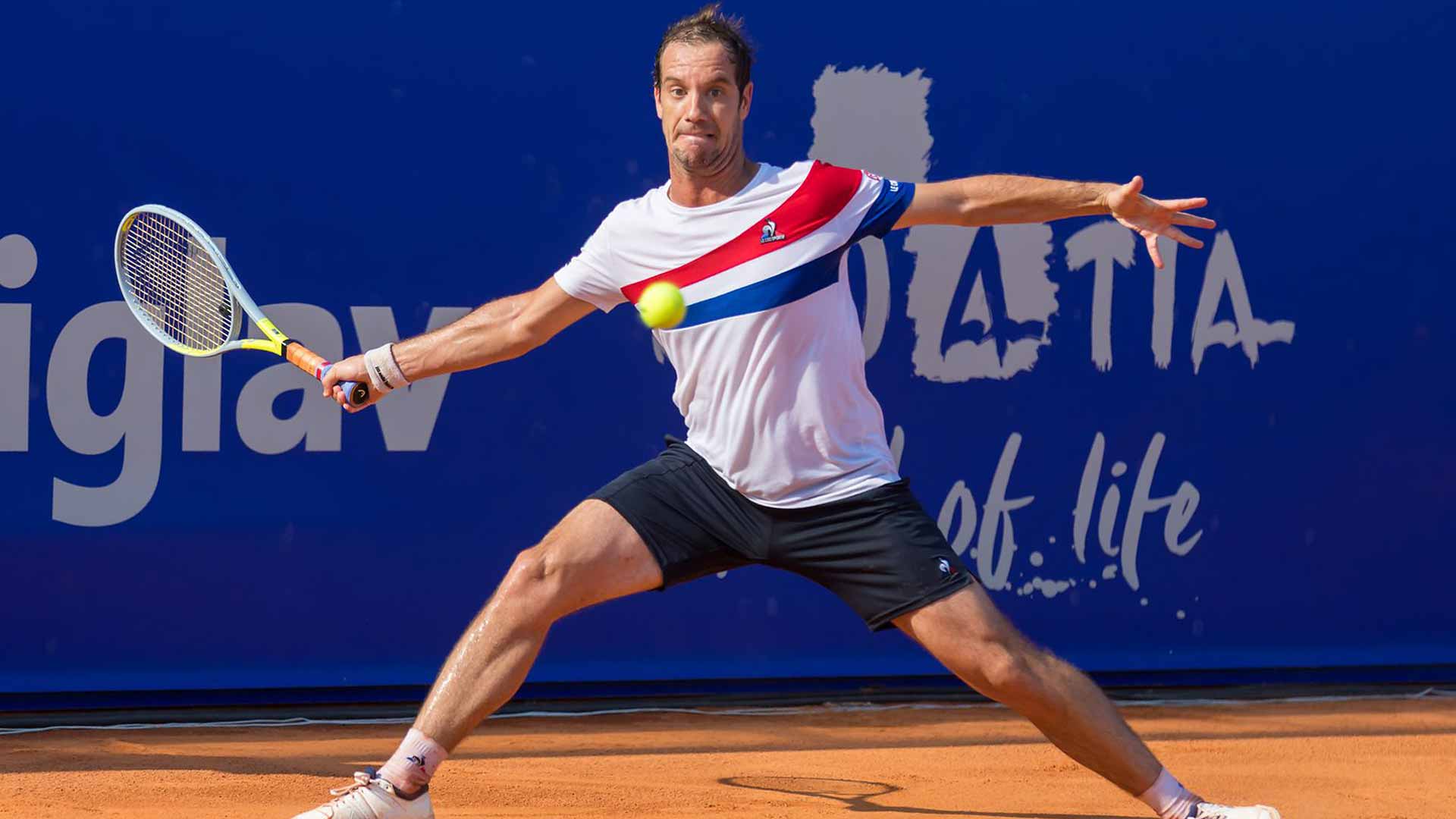 Fourth seed Richard Gasquet reached his first ATP Tour semi-final of the season on Friday at the Plava Laguna Croatia Open Umag as he moved past Damir Dzumhur 6-3, 7-6(7).

The 35-year-old struck the ball well from the baseline throughout as he broke five times. He failed to serve the match out at 5-4 in the second set, but took his third match point in the tie-break to advance in one hour and 51 minutes.

“I started well,” Gasquet said. “I could not manage to break him at 4-2 in the second set and then I struggled a little bit on my serve. It was tough, but I fought a lot to finish the match in the second set. It was a great tie-break and important to win. I need to be physically ready to go further as I try and reach the final.”

Gasquet is the second oldest semi-finalist in the tournament’s 31-year history, behind only 35-year-old Paolo Lorenzi, who reached the 2017 final (l. to Rublev). The Frenchman is now 2-0 in his ATP Head2Head series against Dzumhur.

He will next face qualifier Daniel Altmaier after the German upset an injury-hampered second seed Dusan Lajovic 6-2, 6-3 to advance to his first ATP Tour semi-final. Two years ago, in the most recent edition of the ATP 250 event, Lajovic clinched his maiden ATP Tour title in Umag.