“For me, creating art isn’t optional.”

It’s 48 minutes into Stellazio Virtual Theatre’s adaption of Antoine de Saint-Exupéry’s novella The Little Prince when Zaynava Everrest (real name Kira Merrill) appears on a raised platform behind a disappearing wall at the back of the stage. This entrance is just one of the dozens of tricks Stellazio have rigged their Final Fantasy XIV Online player house–now refashioned as a theatre, complete with stage and an audience of sitting, engrossed players–to pull off at the touch of a key.

By day, 28-year-old Merrill–from the Midwestern US–drives Uber for a living (at least under normal circumstances), which gives her the time and flexibility to direct Stellazio. As she makes her entrance now, though, she’s neither in the driver’s nor director’s seat, but sat atop an ornate throne in flowing white and red garb, as she fulfills her adapted role as Queen to Saint-Exupéry’s asteroid-perched King. 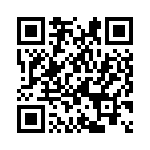