Álvaro Morata returned to Juventus on Tuesday, signed on a loan deal from Atletico Madrid.

Juventus said it will pay Atletico 10 million euros ($12 million) for the season-long loan for the Spain striker. It then has the option to purchase his full rights by the end of the season for an additional 45 million euros.

Morata won two Serie A titles with Juventus in 2015 and 2016, and played together with new Juventus coach Andrea Pirlo for part of that stint. 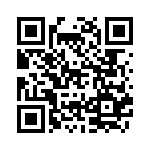