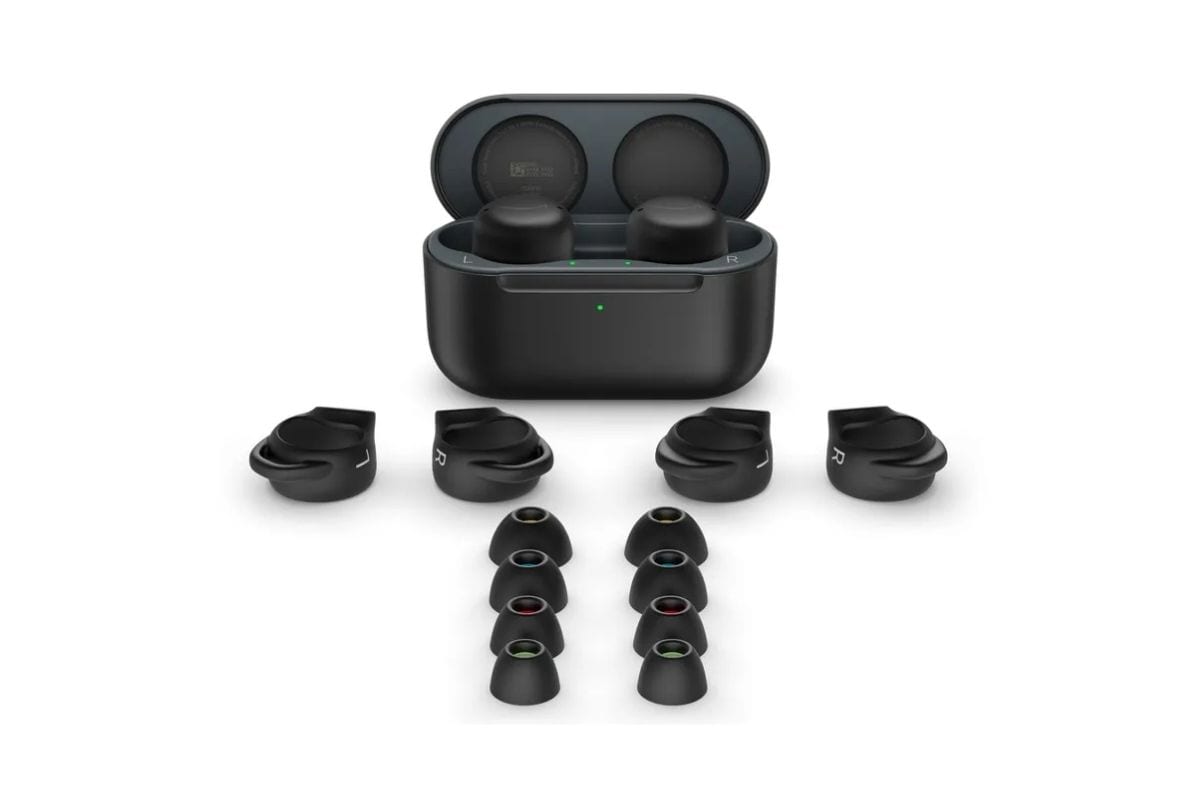 The new Amazon Echo Buds 2 come with a smaller size – the new earbuds are 20 percent smaller than their predecessor. Amazon has given the new Echo Buds a comfort-focused design that includes a vent to reduce unwanted ear pressure. The company has shortened the nozzle also in order to prevent the TWS earphones from sitting as deep in the ear canal, and the external depth of the earbud has been reduced to provide for a better fit. The ear tips are also over-shaped now and users get two sizes of optional wing tips in the box.

The exterior of the Amazon Echo Buds 2 also comes with a matte finish, as opposed to the glossy touch surface on the original Echo Buds.

The Active Noise Cancellation on the Amazon Echo Buds 2 has also been developed in-house from the company, instead of outsourcing the noise-reduction technology from Bose, like the previous generation. The company says that the Echo Buds 2 can cancel “twice as much noise” as before. Users can also adjust the amount of ambient noise that comes through the earbuds in Passtrough mode. Amazon also claims that the sound quality on the earbuds has been improved. “The premium speakers are optimized for increased fidelity in bass and treble, which reduces distortion during media playback, delivering vibrant melodies and clear spoken word,” Amazon said in a press release.

The new Echo Buds are also IPX4 rated for water and sweat protection, which Amazon says should cover any exercise and “light rain.” The company also claims that the microphones on the new earbuds have been improved too and are optimised to capture lower frequencies as compared to the prior generation.

The battery life on the new Amazon Echo Buds 2 is claimed to last 5 hours with Active Noise Cancellation enabled. Add to that two full charges that are provided by the case, taking the total battery life to 15 hours. The earphones can charge for around two hours of playback with just 15 minutes of charge.