REST is an acronym for Representational State Transfer — an almost meaningless description of the most-used web service technology! REST is a way for two computer systems to communicate over HTTP in a similar way to web browsers and servers.

Sharing data between two or more systems has always been a fundamental requirement of software development. For example, consider buying motor insurance. Your insurer must obtain information about you and your vehicle so they request data from car registration authorities, credit agencies, banks, and other systems. All this happens transparently in real-time to determine whether a policy can be offered.

This popular article was updated in 2020 to accurately explain modern REST APIs.

Open the following link in your browser to request a random programming joke:

This is a public API implemented as RESTful web service (it follows REST conventions). Your browser will show an awful JSON-formatted programming joke, such as:

You could request the same URL and get a response using any HTTP client, such as curl:

HTTP client libraries are available in all popular languages and runtimes including Fetch in JavaScript and file_get_contents() in PHP. A JSON response is machine-readable so it can be parsed and output in HTML or any other format.

REST and the Rest

Various data communication standards have evolved over the years. You may have encountered standards including CORBA, SOAP, or XML-RPC, which usually established strict messaging rules.

REST was defined in 2000 by Roy Fielding and is considerably simpler. It’s not a standard but a set of recommendations and constraints for RESTful web services. These include:

The response payload can be whatever is practical: data, HTML, an image, an audio file, and so on. Data responses are typically JSON-encoded, but XML, CSV, simple strings, or any other format can be used. You could allow the return format to be specified in the request — for example, /user/123?format=json or /user/123?format=xml.

An appropriate HTTP status code should also be set in the response header. 200 OK is most often used for successful requests, although 201 Created may also be returned when a record is created. Errors should return an appropriate code such as 400 Bad Request, 404 Not Found, 401 Unauthorized, and so on.

Other HTTP headers can be set including the Cache-Control or Expires directives to specify how long a response can be cached before it’s considered stale.

However, there are no strict rules. Endpoint URLs, HTTP methods, body data, and response types can be implemented as you like. For example, POST, PUT, and PATCH are often used interchangeably so any will create or update a record.

Ensure you have Node.js installed, then create a new folder named restapi. Create a new package.json file within that folder with the following content:

Run npm install from the command line to fetch the dependencies, then create an index.js file with the following code:

Launch the application from the command line using npm start and open http://localhost:8888/hello/ in a browser. The following JSON is displayed in response to the GET request:

The API also allows a custom name, so http://localhost:8888/hello/everyone/ returns:

Consider the following HTML page launched in a browser at the URL http://localhost:8888/:

The fetch call makes the same API request and browser console shows Object { message: "Hello world!" } as you would expect.

However, presume your RESTful web service was now put live on the Web at the domain http://mydomain.com/hello/. The page JavaScript fetch() URL is changed accordingly, but opening http://localhost:8888/ in the browser now returns the console error Cross-Origin Request Blocked.

For security, browsers only permit client-side XMLHttpRequest and Fetch API calls to the same domain where the page is hosted.

Fortunately, Cross-origin Resource Sharing (CORS) allows us to circumvent that security restriction. Setting an Access-Control-Allow-Origin HTTP response header tells the browsers permit the request. It can be set to a specific domain or * for all domains (done by the Joke API above).

The web service API code can therefore be changed to allow access from any client-side script running on any domain:

Alternatively, an Express.js middleware function could append the header to every endpoint request:

The success of REST owes much to its simplicity. Developers are free to implement RESTful APIs as they like, but that can lead to further challenges.

All are valid options to fetch data for user 123. The number of combinations increase further when you have more complex operations. For example, return ten users whose surnames start with ‘A’ and work for companyX starting at record 51 when ordered by date of birth in reverse chronological order.

Ultimately, it doesn’t matter how you format URLs, but consistency across your API is important. That can be difficult to achieve on large codebases with many developers.

API changes are inevitable, but endpoint URLs should never be invalidated when they’re being used internally and/or by third-party applications.

APIs are often versioned to avoid compatibility issues — such as /2.0/user/123 supersedes /user/123 — but the old endpoint remains active. However, this increases the workload, as multiple APIs are maintained. Older APIs can eventually be scrapped, but the process requires careful planning.

The Joke API shown above is open: any system can fetch a joke without authorization. This is not viable for APIs which access private data or permit update and delete requests.

Client-side applications on the same domain as the RESTful API will send and receive cookies just like any other HTTP request. (Note that Fetch() in older browsers requires the credentials init option to be set.) An API request can therefore be validated to ensure a user is logged in and has appropriate rights.

Third-party applications must use alternative methods of authorization. Common authentication options include:

API authentication will vary depending on the use context. In some cases, the third-party application is considered to be another logged-in user with specific rights and permissions — for example, when generating directions from a map API. In other cases, the third-party application is being used by a registered user and can only access their data — for example, when fetching email content or documents.

A RESTful API provides another route to access and manipulate your application. Even if it’s not an interesting hacking target, a badly behaved client could send thousands of requests every second and crash your server.

Security is beyond the scope of this article, but common best practises include:

RESTful APIs are limited by their implementation. A response may contain more data than you need, or require further requests to access all data.

Consider a RESTful API which provides access to author and book data. To show data for the top 10 selling books, the client will:

This is known as the N+1 problem; N API requests must be made for each result in the parent request.

If this is a common use case, the RESTful API could be changed so that every returned book contained the full author details such as their name, age, country, biography, and so on. It could also provide full details of their other books — although this would considerably increase the response payload!

To avoid massive responses, the API could be adjusted so author details can be controlled — for example, ?author_details=basic — but the number of options can quickly become bewildering.

These REST conundrums led Facebook to create GraphQL — a web service query language. Think of it as SQL for web services; a single request defines what data you need and how you want it returned.

GraphQL addresses many of the challenges posed by RESTful APIs. That said, few companies have problems comparable to Facebook. It’s worth considering GraphQL once your RESTful API evolves beyond its simple starting point.

There are numerous tools to help with RESTful API development in all languages. Notable options include:

There are also plenty of public REST APIs catering for jokes, currency conversion, geocoding, government data, and every topic you can think of. Many are free, although some require you to sign up for an API key or use other authentication methods. Categorized lists include:

Try consuming a few RESTful APIs in your own projects before implementing your own web services.

Craig is a freelance UK web consultant who built his first page for IE2.0 in 1995. Since that time he’s been advocating standards, accessibility, and best-practice HTML5 techniques. He’s created enterprise specifications, websites and online applications for companies and organisations including the UK Parliament, the European Parliament, the Department of Energy & Climate Change, Microsoft, and more. He’s written more than 1,000 articles for SitePoint and you can find him @craigbuckler.
Short URL: http://tinyurl.com/twu92sc 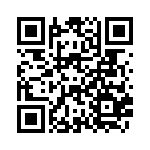 How to Get Involved in the Booming Python Job Market

What Is Node and When Should I Use It?

jOOQ 3.13 Released with More API and Tooling for DDL Management