Andrey Rublev charged back from 5-3 down in the deciding set of the Hamburg Open final to beat Stefanos Tsitsipas on Sunday and head to the French Open with his third title of 2020.

The Russian took the win 6-4, 3-6, 7-5 after Tsitsipas double-faulted on match point — his sixth double-fault of the match. Rublev’s three tour titles this year after wins in Qatar and Adelaide are the most of any player on the tour besides Novak Djokovic.

Rublev was playing in the Hamburg final for the second straight year after losing in 2019 to Nikoloz Basilashvili.

Tsitsipas hit 11 aces in defeat as he failed to win what would have been his second career title on clay after Estoril last year. 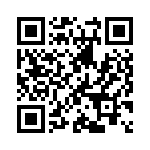