Animal Crossing: New Horizons‘s first free summer content update arrives on July 3. Not only will the update bring back another returning character, Pascal, it will also introduce the ability to swim, and Nintendo has explained how that will work.

Much like in Animal Crossing: New Leaf, you’ll need to have a wetsuit to swim in New Horizons. Following the summer update, you’ll find wetsuits for sale in Nook’s Cranny alongside the other tools. After you purchase one, simply put it on and you’ll be able to take a dip in the ocean around your island.

Wet suits will be available for purchase at Nook’s Cranny when the #AnimalCrossing: New Horizons free Summer Update – Wave 1 releases this Friday! Be sure to check each day for a different design. #ACNH pic.twitter.com/upro6BuJjz

While swimming, you’ll also be able to dive underwater and catch new sea creatures like sea stars and garden eels, which you can then donate to Blathers to display in the museum. If you find a scallop while diving, the aforementioned Pascal will pop up, and you can trade it to him for a new mermaid DIY recipe (and a kernel of otter wisdom). 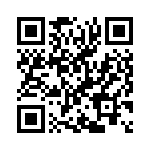