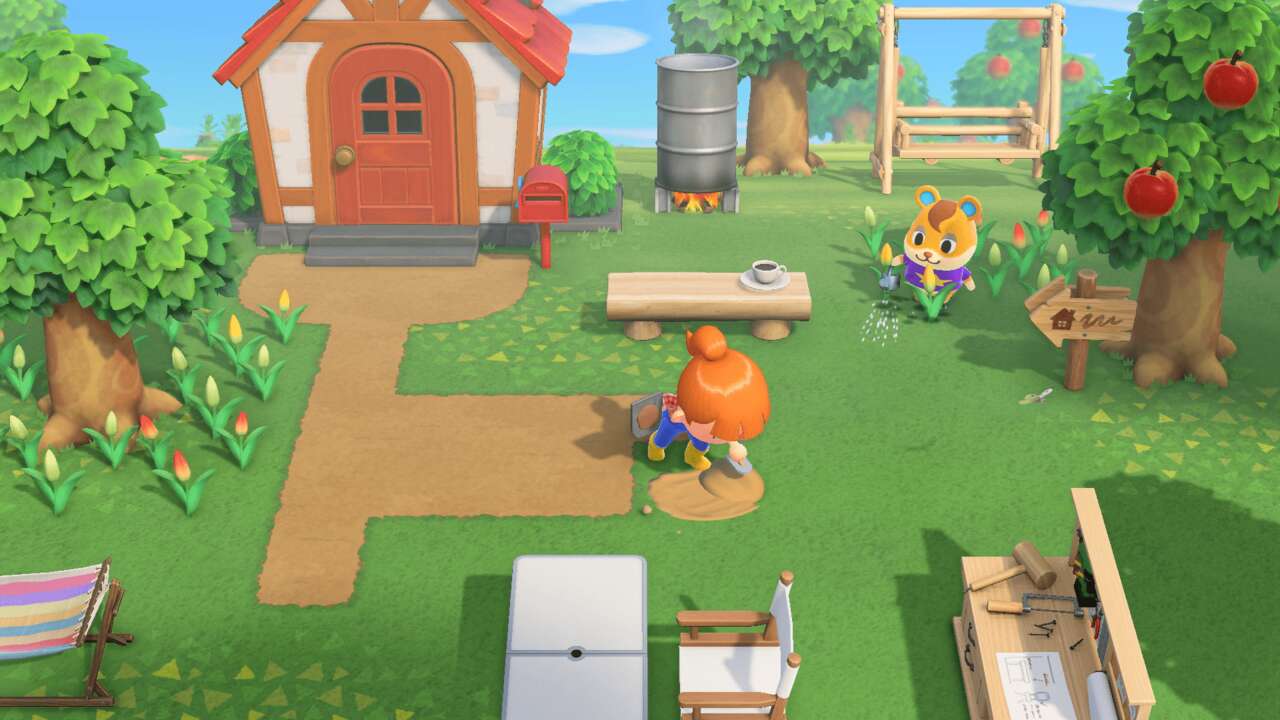 Animal Crossing: New Horizons lifted some of the limits imposed by its predecessors by letting players place items outside for the first time. However, that wasn’t enough for one player, who found a new, inventive way to decorate in the game by placing items in the middle of large tables.

Typically, if you place an item on a 2×2 table in Animal Crossing: New Horizons, it will be placed on one of the corners rather than in the middle. The game’s mechanics don’t let you push the item to the center either, so for round tables, the item is always hanging off the edge. One player (via GamesRadar) found that by using a glitch, they could circumvent that limitation.

The glitch in question isn’t that complex–the player just has to step down off a ladder onto a flat, placed item. Once they do that, they can warp through objects. In a post on Reddit, u/_droppedmycroissant_ uses the glitch to place Mom’s Candle Set in the middle of a 2×2 round table. Just don’t tell Nintendo, and this glitch may stay for a good while longer.

If you’re looking for more items to decorate your island (or the center of your tables) with, a new group of seasonal items recently arrived in Animal Crossing: New Horizons. For China’s Dragon Boat Festival and Korea’s Dano Festival, players can purchase both festival zongzi and surichwi tteok from Nook Shopping.

Summer shells have also started appearing in Animal Crossing: New Horizons. The blue shells, which wash up on beaches, can be used to craft a number of seasonal DIY recipes.