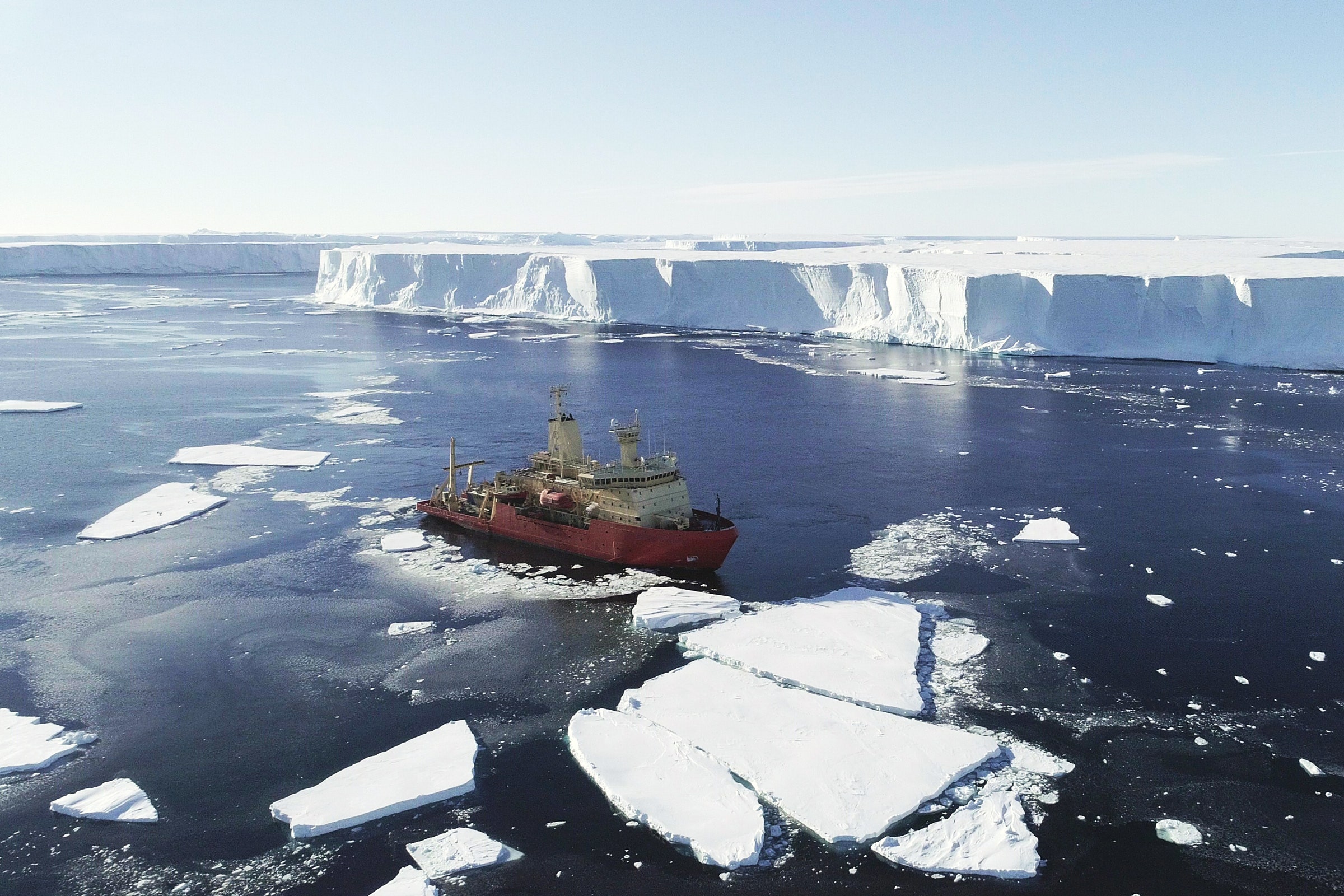 That study, published today in the Proceedings of the National Academy of Sciences, concludes that understanding how the ice field ruptures as it moves across the bedrock is vital to understanding when this collapse might occur. In addition to identifying the weak points in the glacier, Lhermitte and colleagues created a computer model to predict how such cracking and buckling could affect other Antarctic glaciers in the future.

Lhermitte says the goal of this model was not to predict the exact date when Thwaites will collapse. That’s next to impossible right now, because there are too many other unknown factors to consider, such as the pace of climate change that is warming both the air and water temperature around the glaciers, as well as the movement of ocean currents around Antarctica. (A 2014 study published in the journal Science by University of Washington scientists used satellite data and numerical modeling to predict that the West Antarctic Ice Sheet, including Thwaites, may collapse in 200 to 1,000 years.)

Instead, Lhermitte’s model is an attempt to incorporate ice sheet damage into similar global climate models that predict both sea level rise and the future of Antarctica’s glaciers. “The understanding of how much and how fast these glaciers are going to change is still unknown,” Lhermitte says. “We don’t know all the process. What we have done with this study is look at this damage, the tearing apart of these ice shelves, and what their potential contribution to sea level rise could be.”

Predicting glacier ice movement is difficult because ice behaves as both a solid and as a liquid, says Penn State University professor of geosciences Richard Alley, who was not affiliated with any of these studies. Alley says the study about how glaciers fracture is both new and important because it gives more insight into how fast they might collapse. In an email to WIRED, Alley compared the science of studying how Antarctic glaciers move to the process of engineering a bridge.

“You do NOT want your bridge to break, and you do not want to need to predict exactly the conditions that will make it break, so you design with a large safety margin. We can’t ‘design’ Thwaites, so we face these large uncertainties. Quantifying parts of that is important, although remembering that this is still fracture mechanics, and it still might surprise us, one way or the other,” Alley wrote.

Lhermitte thinks his study results mean that Antarctic glaciers need to be closely watched in the coming years for any signs of rapid change that might lead to an environmental catastrophe. “They are these large sleeping giants,” Lhermitte says about Thwaites and Pine Island glaciers. “We start to be curious if they will stay sleeping or awake with large consequences, with sea level rise.”