Lady Superstar Anushka Shetty may well be on her way to debut in Sandalwood. The Kannada hudugi has been ruling the Telugu and Tamil film industries with her stupendous talent. And now, a few media reports suggest that the actress has chosen the legendary Nanjangud Nagarathnamma’s life story to make her much-awaited foray into Kannada cinema.

The upcoming movie will be directed by Singitam Srinivas. However, further details and confirmation about the project are yet to be announced.

For the unversed, Nagarathnamma who hailed from Nanjangud was a renowned performer-scholar of the 17th century. Referred to as the finest Carnatic singers of her time, Nagarathnamma’s life story is very famous as it was filled with many challenges and victories. Born to a mother who was the mistress of a rich man, the indigenous talent eventually went on to become the Ashthana Vidushi of the Mysore kingdom under king Sri Jayachamarajendra Wodeyar’s reign.

In other related news, Anushka who hails from Mangalore recently wished her fans a happy Ugadi in Kannada. The actress wrote, “Ugadi wishes to all. Let this ugadi bring happiness & prosperity to you and your family. Let us all enjoy this time with family. I request everyone to obey the Government’s orders to stay at home and stay safe.” (sic)

Meanwhile, Anushka Shetty will next be seen on the silver screen in Hemant Madhukar’s directorial venture. The highly-anticipated biggie also stars R Madhavan in the lead role. The film was scheduled to be released on April 2 but due to the lockdown in India, to curb Coronavirus, the film will now be released after April 14, 2020.

ALSO READ: Anushka Shetty Refused To Do Chiranjeevi’s Film Acharya For THIS Reason? 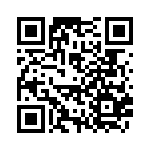