Apple is reportedly shifting its Apple Arcade subscription strategy, attempting to lean in on games that will retain its subscriber base.

Bloomberg reports that the company has scrapped some development contracts with game studios. Developers involved say they were told their games didn’t have a level of “engagement” that the company is looking for, as it seeks to keep users subscribed over a longer period of time. Developers also noted that Apple specifically cited Grindstone as an example of the type of game it wants to see more on the service.

In a statement, Apple said it has always planned to make changes to its lineup based on feedback. The company has not shared metrics for Apple Arcade performance publicly, but developers have said the moves could signal that subscriber growth has been slow and those who sign up for the free trial aren’t retaining their subscriptions. 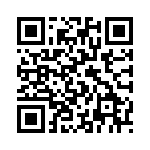