Apple iPhone 11 has been launched in India last night, and the official iPhone price list in India is now among us. Alongside the new iPhones, News18.com has also received confirmation of the new prices for the older generation of iPhones that will remain on sale alongside the new ones. The iPhone 11 price in India begins at Rs 64,900, which is significantly lesser than what 2018’s Apple iPhone XR was priced at upon launch. Here’s taking a look at all the official prices of the new iPhones.

With the new iPhones set to go on sale in India from September 20, Apple has revised the official prices of its older generation iPhones. The iPhone XR will now sell at Rs 49,900 for 64GB, and Rs 54,900 for 128GB variants, making them significantly less expensive than before, and also the least expensive iPhone with Apple’s new, full-screen design language that can be bought in India today. 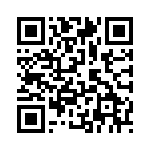 Facebook Offers Coronavirus Chatbot on Messenger: Here’s How to Use it