Apple shipped 14.3 million units of the Apple Watch globally during Q3, a 42 per cent increase from the same year-ago period.

Apple is still the most dominating player in the smartwatch market globally, outpacing rivals by a huge margin, according to a new report by market research firm Strategy Analysts. According to the report, Apple shipped 6.8 million smartwatches during the third quarter of 2019, an increase of 51 per cent from 4.5 million units a year ago. Notably, Apple’s latest Watch Series 5 was announced in September, but was available only in the latter half of that month. So, its sales wouldn’t have fully reflected in the Q3 2019 shipment numbers. Overall smartwatch shipments globally also soared 42 per cent to 14.3 million units during the third quarter, compared with 10 million units in the year-ago period.

This translates into a global market share of 48 per cent for Apple, up three percentage points from the year-ago figure of 45 per cent. Samsung also posted a jump in smartwatch shipments to 1.9 million in Q3, almost double the year-ago number of 1.1 million. The company’s share in the global smartwatch market has now risen to 13 per cent in the third quarter from 11 per cent a year ago. Fitbit, meanwhile, shipped 1.6 million smartwatches compared with 1.5 million a year ago, with its global smartwatch market share falling to 11 per cent in Q3, down from 15 per cent a year ago.

Neil Mawston, executive director at Strategy Analytics, said: “Apple Watch remains a long way ahead of the chasing pack and its global smartwatch market share has grown from 45 per cent to 48 per cent in the past year. Apple Watch continues to fend off strong competition from hungry rivals like Fitbit and Samsung. Apple Watch owns half the worldwide smartwatch market and remains the clear industry leader.” 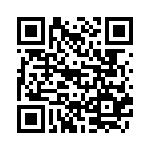