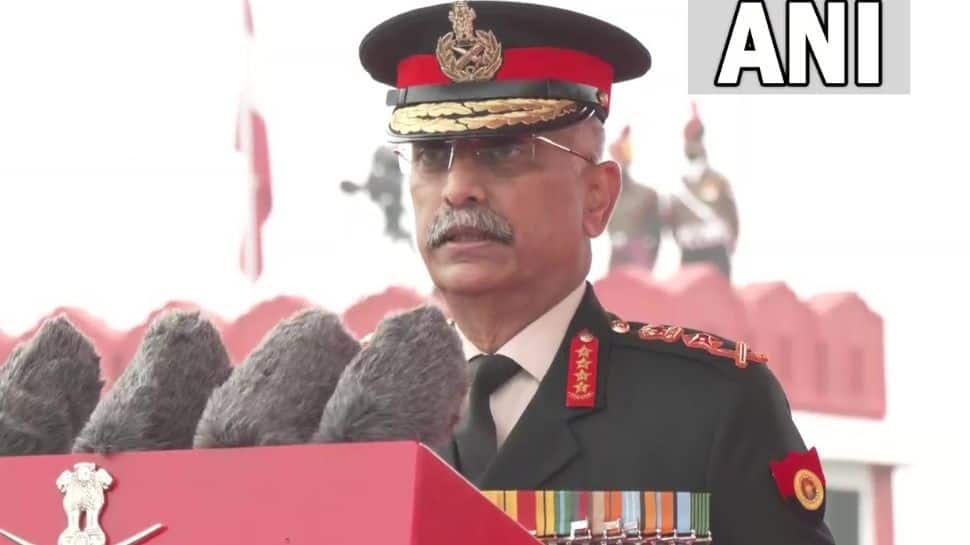 New Delhi: January 15 is celebrated in India as Army Day. The Indian Army Day, that is celebrated at all the Army Command Headquarters, is being observed today amid strict protocols with Covid-19 cases rising in the country.

The Indian Army Parade at KM Cariappa Parade Ground in Delhi was attended by Army Chief General Manoj Mukund Naravane.
Army Day is observed to mark Field Marshall K M Cariappa taking over as the first Indian Commander-in-Chief of the Indian Army. The position was taken over on January 15, 1949, from General Sir Francis Butcher, the last British Commander-in-Chief of India.

Today at the Parade Ground, MM Naravane spoke about the challenges the Army faced last year, India-China talks, Pakistan among others. Here are some of his quotes:

– Last year was extremely challenging for Army
– The 14th round military-level talks held between India, China recently to keep situation under control. Joint efforts at various levels led to disengagement in many areas which is a constructive step (on eastern Ladakh standoff)
–  Our message is clear, Indian Army won’t let any attempt to unilaterally change status quo along country’s borders to succeed
– In LOC, the situation is better than last year but Pakistan is still harbouring terrorists near the border. Nearly 300-400 terrorists are waiting to intrude in India. A total of 144 terrorists were killed in counter-operations

2022-01-15
Previous Post: Virat Kohli steps down as India Test captain – Times of India
Next Post: Subhash Chandra Bose`s birth anniversary to be a part of R-Day celebration every year: Govt