Newly-elected BJP MLA Vijender Gupta wrote to AAP leader Arvind Kejriwal on Saturday requesting him for withdrawing a circular that made it “compulsory” for government school teachers to attend his oath-taking ceremony as Delhi chief minister.

Gupta, leader of Opposition in the previous assembly, called the Friday’s circular “dictatorial” that shattered his belief that Kejriwal’s focus after coming back to power would be on governance and strengthening democratic ethos.

“By virtue of the order, 15,000 teachers and officials will have to attend the oath ceremony,” Gupta wrote in his letter to Kejriwal. Gupta, who has been re-elected from Rohini constituency, said he would attend

Kejriwal’s oath-taking ceremony at the Ramlila ground on Sunday. Reacting to Gupta’s objection, the vice chairman of Delhi Dialogue and Development Commission, Jasmine Shah, said teachers and principals were “architects” of Delhi’s transformation in the past five years and they “deserved to be invited” for the swearing-in ceremony.

“When did BJP last think of teachers in at the centre of your ‘vikas’ (development) model? Never did, never will,” Shah teeeted. The AAP returned to power after winning 62 of the 70 Assembly seats in the Delhi assembly election. Kejriwal and his cabinet members will take oath in a grand ceremony on Sunday.

Get live Stock Prices from BSE and NSE and latest NAV, portfolio of Mutual Funds, calculate your tax by Income Tax Calculator, know market’s Top Gainers, Top Losers & Best Equity Funds. Like us on Facebook and follow us on Twitter. 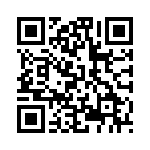 Death toll due to COVID-19 coronavirus in India reaches 25, 45-year-old dies in Ahmedabad