Unhappy with the Government’s promises: ASHAs Call for an indefinite
WORK BOYCOTT

Led by the Karnataka Rajya Samyukta ASHA Karyakarteyara Sangha, the Pink-clad ASHA workers plunged into a massive state-level protest rally in the state capital today. Demanding a minimum monthly honorarium of 12,000/- and constraining the government to disburse the whopping 15 month due of the honorarium (central government portion), nearly 30 thousand ASHA workers from all the 30 districts of Karnataka rallied from the City Railway Station to the Freedom Park, where they sat for an indefinite day and night Dharna.
ASHAs are the pivotal pillars of the National Rural Health Mission and have contributed to the reduction of infant mortality rate and raise in the health indices of the State. Yet, the government pays the least heed to the betterment of their wages. This has left the ASHA workers anxious and agonized, which made them steer this massive state-level rally and Dharna unto the achievement of their legitimate demands.
Addressing the protesting ASHA Workers from the Savitriba Phule Podium in honor of the first woman teacher of India, Sri K. Radhakrishna, All India President of AIUTUC, to which the ASHA union is affiliated, said thus: “ The ASHA movement is not just a women’s movement, it is rather a workers’ movement. The women workers have been subjected to gender discrimination and economic exploitation. Presently, when the country is going through severe economic crisis, unemployment, job loss, price rise, etc., only workers’ movement can show the way out of this system based on inequality. The ruling capitalist class is well aware of this fact, and hence they resort to ‘Divide and Rule’ tactics as we are witnessing today, just like their predecessors, the British. We have to get united and organized beyond all these barriers created by them”.

Speaking in support of the agitating ASHAs, Smt. K. Uma, State Secretary of SUCI(Communist) inspired the protesters as follows: “Through your movement, you ASHAs have shown the State that you are not the helpless, sobbing womenfolk. This country has witnessed many landmark movements against the atrocities on women. What is significant is that you have steered this movement on the birth anniversary of the first woman teacher of this country, Savitriba Phule. As we agitate against the disparity meted out to us, let us also remember and take inspiration from Nangeli of Kerala who got martyred fighting for the dignity of women.
Dr, Sudha Kamat, State President of Medical Service Centre, Smt. Lalitha Gujjala, Andhra Pradesh President of AIMSS, Smt. Aparna B R, Karnataka State President of AIMSS were part of the presidium. Sri K. Somashekhar Yadagiri, the Karnataka State President of Karnataka Rajya Samyukta ASHA Karyakarteyara Sangha, presided over the Indefinite Dharna. Smt. D Nagalakshmi, State President of Karnataka State United Asha Workers Union delivered the Keynote Address.
A delegation of the senior officials of the State Health Department, lead by Javed Akhtar, Om Prakash Patil, Pankaj Kumar Pande, and others visited the Dharna Venue and received the memorandum. They said that the health ministry has sent a proposal for an increment of the ASHA Honorarium by Rs. 1,000/-. And the rest of the MCTS honorarium will be decided based on the Savings of the Scheme.

But the agitating ASHAs are unhappy with the assurance of the delegation. The Karnataka Rajya Samyukta ASHA Karyakarteyara Sangha has decided to indefinitely boycott the work, till the pending honorarium finds its way to their bank accounts. 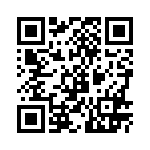