Atletico Mineiro’s new head coach, Jorge Sampaoli, could sign up to four players from his former club Santos, as he attempts to bolster his squad for the 2020 Brazilian Serie A season.

“They are distinguished footballers, who would be in the starting line-up of any club,” Atletico Mineiro president Sette Camara told Fox Sports.

“There may have been some sort of an inquiry for them … as well as players from other clubs,” Camara said.

Sampaoli joined Atletico Mineiro this month, replacing Venezuelan Rafael Dudamel, who was sacked following the club’s elimination from the Copa do Brasil and the Copa Sudamericana.

Sampaoli parted ways with Santos after just 11 months in December, having guided the club to second place in the 2019 Brazilian Serie A standings.

All of Brazil’s major football competitions have been suspended because of the coronavirus outbreak.

Gobal deaths from the virus have surpassed 30,000, with more than 10,000 of those in Italy. The US has the most confirmed cases worldwide, surpassing China and Italy. 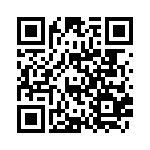