During the latest Indie World Showcase, Nintendo announced that Axiom Verge is getting a sequel. Axiom Verge 2 is scheduled to release sometime in Fall 2020.

The announcement only confirmed Axiom Verge 2 would be releasing for Nintendo Switch, but that doesn’t necessarily mean that the game won’t release on several of the same platforms as its predecessor–such as PC, PS4, and Xbox One. It’s probably unlikely Axiom Verge 2 will release on PS Vita and Wii U, the other two systems that saw releases of the first game.

Axiom Verge is a side-scroller metroidvania that also takes gameplay inspiration from games like Contra, Blaster Master, and Bionic Commando. The game was entirely developed by Tom Happ, who also did the art and music for the game–an undertaking we’ve learned can be emotionally and mentally taxing. Nintendo’s announcement did not reveal whether Happ is the sole developer behind Axiom Verge 2 as well.

In GameSpot’s Axiom Verge review, Peter Brown wrote, “Axiom Verge is a game that’s easy to fall in love with because it hits so many high notes. It takes the metroidvania model and adds layers of ingenuity that are in a league all of their own, the most notable being the Address Disruptor. Yes it’s occasionally drab looking, and some enemies may not fit in with the rest of the world, but when a game is this good, these blemishes quickly fade into the back of your mind.” 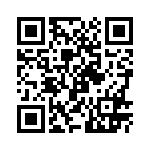 YouTube TV Launches On PS4 As PlayStation Vue Shuts Down