It is often advised not to sit for prolonged hours, but a new study has challenged the ‘couch potato’ belief, saying when it comes to the brain and cognition abilities, some sedentariness are not all that bad so long as basic physical activity benchmarks are met. The study could be a bit of good news for a population that spend a significant amount of time sitting for work and for leisure, streaming their favourite movies and TV shows in these times of social distancing.

The research from assistant professor Aga Burzynska in the Colorado State University examined the association between sensor-measured physical activity and cognitive performance in a sample of 228 healthy older adults, aged 60 to 80.

Published in the journal ‘Psychology and Aging’, the results showed that as expected, adults who engaged in more moderate-to-vigorous activity had better speed, memory and reasoning abilities.

However, the data also revealed that adults who spent more time sedentary performed better on vocabulary and reasoning tasks.

The association between increased physical activity and improved cardiovascular and metabolic health is one that’s well documented, according to Burzynska.

But the link between different intensities of daily physical activity and cognitive health is less understood, especially in older adults.

“We know that as we grow older, even if we do not have any cognitive impairments, people aged 60 and up already show some decreases in speed, executive functioning, and memory.

“Those decreases are totally within a normal range, but this study was looking to understand how our behaviors and habits may correlate with cognitive outcomes in older age,” said Burzynska.

What differentiates this study from others is the way the researchers measured daily physical activity, using scientifically validated sensors that are more accurate than the average, consumer-based activity tracker.

“If you ask, ‘How long did you sit today?’ people will perhaps say 2 to 3 hours when the reality is more like 6 to 8 hours,” Burzynska said.

The study employed a broad assessment that tested 16 cognitive tasks.

In addition, they measured and controlled for socioeconomic and health factors, such as employment status, income level, aerobic fitness, blood pressure, and mobility issues.

Older adults who participated in the study wore the sensor on their hip for a span of seven days, during which the sensor captured the daily time they spent sitting or in light versus moderate-to-vigorous physical activity.

“Our study has pretty high-quality measures that cannot be done ‘quick and dirty’,” Burzynska added.

There’s this big push within health and wellness that sitting is always bad for your body, that being a couch potato is not good.

“While earlier studies indicated that the brains of those who spend more time sitting may age faster, it seems that on the cognitive level, sitting time may also be meaningful,” the authors wrote.

However, future studies are needed to determine how exactly the participants spent their time sitting before any definitive conclusions can be made about sedentary activity and cognitive health.

In the quest for long-term brain health, it seems balance is the answer. 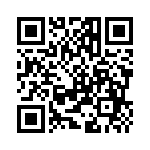