We are nearing the end of Cyber Monday, but that doesn’t mean there aren’t any more deals. Amazon’s sale is still going strong with a heck ton of gaming, tech, and entertainment deals to boot. We definitely did not expect Cyber Monday to outshine Black Friday when it comes to the prices, but Amazon has proven us wrong with some of the lowest prices we’ve seen on certain items.

Xbox One bundles are back in stock at Amazon for Cyber Monday, including the excellent Xbox One S and X Star Wars Jedi: Fallen Order bundles for $200 and $349, respectively. You can also save on a nice PSVR bundle with Blood & Truth, Everybody’s Golf VR, and two PlayStation Move motion controllers for $250.

Below, you’ll find some of the best Cyber Monday 2019 deals at Amazon right now, including consoles, games, tech, and accessories. Please note some of the following game deals have an additional discount attached that will be reflected at checkout; we’ve indicated your final price with the additional price cut below. Plus, catch up on more of our Cyber Monday coverage for great game deals at Walmart, Best Buy, and other retailers. 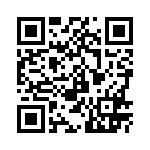 Dr. Kawashima Is A Jerk And His Brain Training Makes Me Feel Stupid