Rohit scored the first of his three ODI double tons on November 2, 2013 in Bengaluru against Australia.

“Best moment with MS (Dhoni) was my first double hundred, he was batting with me and we had a long partnership,” said Rohit in a video that he tweeted as part of a question and answer session on Twitter with fans on the occasion of Friendship Day.

Q: #askRo can you share your one of the best moment with MS Dhoni?
– @Bhawani8350

Opening the batting, Rohit almost played through the innings and hit 12 fours and an incredible 16 sixes in his epic knock. He shared 112-run opening stand with Shikhar Dhawan and then a 72-run stand for the third wicket with Suresh Raina.

However, it was his 167-run stand with Dhoni in which Rohit truly flattened the Australian bowlers. He smashed 114 runs in that partnership off just 59 balls. Dhoni himself smashed 62 off 38 balls.

That was only the third instance of a player scoring a double hundred in men’s ODIs, the previous two being scored by Sachin Tendulkar and Virender Sehwag. 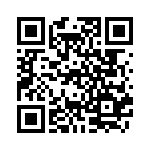