The combined entity — Bharti Airtel-Indus Towers — will own more than 163,000 towers, second only to China Tower. The merged company will be listed on the stock exchanges as Bharti Infratel is a publicly-traded company. Its nearest rival in India will be ATC which has 78,000 towers.

The merger is expected to help Bharti Airtel and Vodafone Group, who are the promoters of Indus Towers, to sell their stake, bring down debt and invest in their wireless operations in India. Bharti Airtel holds a majority stake in Bharti Infratel. 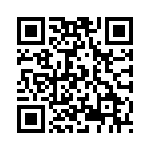