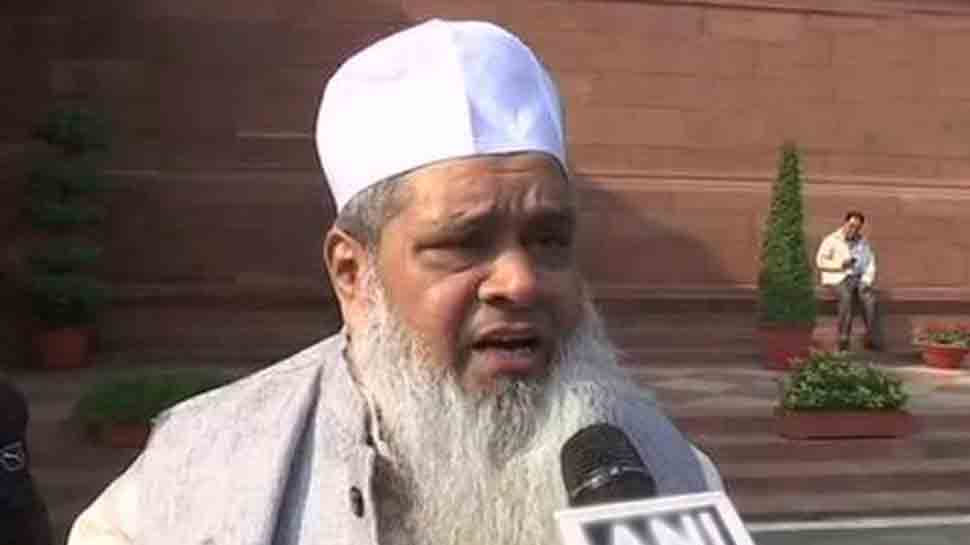 GUWAHATI: All India United Democratic Front (AIUDF) president Badruddin Ajmal, who is known for giving provocative statements, has once again created a spark after he attempted to polarise the upcoming Assam assembly election, which is due in April-May 2021.

Badruddin, who is also a Lok Sabha MP from Dhubri seat, made some highly provocative speeches as he went on to allege that if BJP comes to power again in the centre, it will destroy mosques and put several restrictions on Muslims of the state.

Attacking the ruling BJP party in Assam, Badruddin stated that it will not let Muslim women step out wearing burqa, allow Muslim men to grow beard, wear a skull cap or offer ‘azaan’ at mosques. The Dhubri MP questioned the crowd, who had assembled at his rally, “Will you be able to live in such a way?”

The development comes just a day after Congress and Lef parties formed an alliance with Badruddin Ajmal-led All India United Democratic Front (AIUDF) to take on the ruling BJP-led coalition in Assam in the upcoming Assembly elections. Announcing the Mahagathbandhan (grand alliance), Assam Congress President Ripun Bora said that his party would contest the elections in alliance with the AIUDF, the three Left parties – CPI-Marxist, CPI, CPI (Marxist-Leninist) and AGM.

He said that regional parties are welcome to join the Mahagathbandhan to oust the Bharatiya Janata Party from power in the state.

AIUDF President and Lok Sabha member Maulana Badruddin Ajmal has been stating that the two parties (Congress and AIUDF) have decided to contest the Assembly polls together since their tie-up for the Bodoland Territorial Council (BTC) polls held last month.

The Congress had suffered a setback in the recent elections to the BTC and the Tiwa Autonomous Council. Two of its MLAs – Ajanta Neog and Rajdeep Goala – had joined the BJP last month, delivering another blow to the party.

In the 2016 Assam assembly elections, the Congress had contested on its own without an electoral alliance with any party, securing 24 seats.

After the last Assembly polls, the BJP formed the government in Assam for the first time after winning 60 seats following the formation of an alliance with the Bodoland People`s Front (BPF) and the Asom Gana Parishad (AGP), which won 14 and 12 seats, respectively. The ruling alliance also has the support of an Independent MLA.

The 126-member Assam Assembly is likely to go to the polls in April-May along with West Bengal, Tamil Nadu, Kerala and Puducherry.