Brazil football star Ronaldinho has confirmed that he has tested positive for COVID-19. The 40-year-old informed that he is self-isolation in Belo Horizonte, having arrived at the Brazilian city on Saturday.

Taking to his official Instagram profile, Ronaldinho said, “I’ve been here in BH since yesterday, I came to participate in an event.

“I took the test and tested positive for Covid. I’m fine, asymptomatic, but we’ll have to leave the event for later. Soon we will be there together. Big hug!”

It has been a turbulent year for the Barcelona legend who was arrested in Paraguay in March for entering the country on a fake passport. Ronaldinho was released in August.

Ronaldinho is best known for his successful stint with Spanish giants Barcelona, for whom he represented in 207 matches, scoring 94 goals. During his time at the club, he also won successive FIFA World Player of the Year titles.

With the side, he lifted a Champions League title and two La Liga titles, along with other domestic cup honours.

Ronaldinho joined Milan in 2008 after leaving the La Liga side and won the Serie A title with the Italian team in 2011.

The Brazilian star retired from the game in 2015, last representing Brazilian club Fluminese. 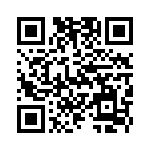