Brie Larson is famous for her movie roles, which include Captain Marvel, Scott Pilgrim, and an Oscar-winning turn in Room, but she’s also famous for being a huge Nintendo fan. Consequently, Gary Whitta, who has started his own talk show hosted inside Animal Crossing: New Horizons (it’s called Animal Talking), says that Brie is the show’s most-requested guest.

Don’t say I never do anything for you people.
Next week’s ANIMAL TALKING headliner is the most-requested guest in the show’s history – the marvelous @brielarson! And the rest ain’t no scrubs either. @DrLupo! @Friskkmkay! And live music from Kenny Fong! See you next Thursday! pic.twitter.com/qEPK7mVSbJ

If you want to see Larson’s island, though, you won’t have to wait–Brie Larson has also released a 17-minute video of her starting her Animal Crossing journey on her recently started YouTube channel. You can watch below, but since she’s just starting, there’s very little on the island just yet–perhaps by the time she goes on Animal Talking she’ll have built her island up more.

It’s not quite as good as Danny Trejo’s island yet, but give her time.

Brie will be arguably the second most exciting guest to feature on the show, after GameSpot’s own Chastity Vincencio. Host Gary Whitta, meanwhile, had his own exciting news recently. The writer, who is famous for writing Rogue One: A Star Wars Story, is working on a “big” new movie. 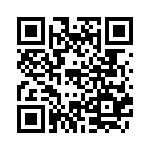