The Indian Railways is yet again expecting the highest-ever outlay for capital expenditure of over Rs 1.70 lakh crore from Union Finance Minister Nirmala Sitharaman, who is set to present the Budget on February 1. According to a senior railway ministry official, the railways has got CAPEX of Rs 1.60 lakh crore in last year’s Budget, while in the previous year it got Rs 1.48 lakh crore CAPEX.

“Thus this year also the railways will get over Rs 1.70 or 1.75 lakh crore outlay for CAPEX,” said the official.

The official said that the budgetary allocation of the railways will also increase this year to over Rs 70,000 crore as compared to over Rs 65,837 crore previous year.

According to Railway Ministry officials, the railway infrastructure would need an investment of Rs 50 lakh crore between 2018 and 2030, thus the amount is all set to go up in this Budget also.

The official said in the Budget more focus will be on the modernisation of the signalling system, construction of new tracks, doubling and tripling of tracks, rolling stock and telecom. Besides, there can be an announcement about new services in the Tejas Express and the Vande Bharat Express.

Before 2016, the Union Budget and Railway budget were presented separately in India. However, the 92-year tradition was scrapped by the then Finance Minister Arun Jaitley in 2016 after which, both the budgets have been merged and are presented the same day. 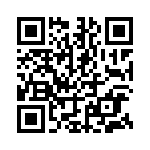