Even before Warzone added a whole second game to Call Of Duty: Modern Warfare‘s files, the size of the game’s patch downloads and disk footprint were a problem the developers had to address. The file size ballooned after Warzone’s release, and now some players’ game sizes have broken 200 GB according to a Reddit thread picked up by US Gamer.

Reddit user kiwi_lad_1982 posted a screenshot of the combined Modern Warfare and Warzone package taking up 209 GB after the game’s most recent patch, though another user in the replies said theirs was 222 GB. GameSpot’s Mat Paget verified that his PC copy of the game was only at 196 GB, however.

Console players have the option to reduce their Modern Warfare file size by deleting files for parts of the game they don’t use–a necessity as the file size approaches half the size of an average console hard drive. PC players don’t have access to this feature, however, though many have complained that they’ve played their fill of the campaign and would rather delete it to free up space. 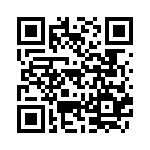