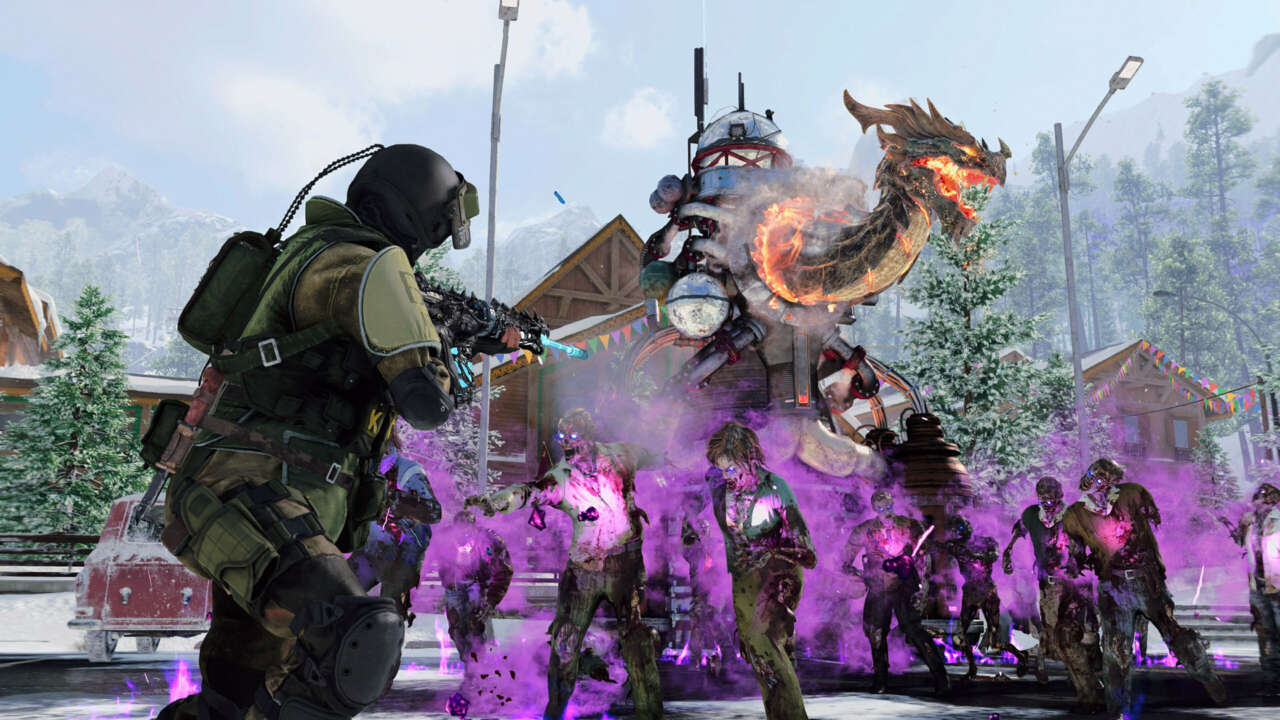 Treyarch tweeted two teasers today for Call of Duty: Black Ops Cold War‘s upcoming Zombies content for the Season 4 update on June 17, and these brief images give a good idea of what to expect for the start of Season 4.

The first teaser shows the region-warping animation from the Zombies Outbreak mode, and this gives players the first look of Season 4’s new Outbreak map. The clip only shows a glimpse of the area, but this is the new Zoo location in the Ural Mountains. A few potential locations were possible given the Ural Mountains map leak, but now Zoo is seemingly confirmed for the start of Season 4.

Treyarch’s second tweet reveals that the prologue to the next round-based Zombies map will begin on June 17. The image in the shows a strange device, and it’s caption says, “W. The Defectors Are En Route. We Must Move To Extract. -R.”

This is almost certainly announcing that the upcoming Outbreak Easter egg quest will begin on June 17, which the developers previously addressed would be coming to set up the narrative for Season 4’s next round-based map. There’s no release date for the next round-based survival map, but it will likely arrive with the mid-season update.

Activision also released a new cinematic trailer for Black Ops Cold War and Warzone, potentially teasing that Season 4 is about to heat things up with the return of the brainwashing “Numbers program” from the Black Ops storyline.

We’ll be updating all the details for Call of Duty’s Season 4, as new information should be revealed for Black Ops Cold War and Warzone’s updates in Activision’s weekly blog post on Monday, June 14.

2021-06-11
Previous Post: Zverev: ‘I’m Not Satisfied With A Great Match, I Want To Win’
Next Post: Save On Guilty Gear Strive, Battlefield 2042, And More In Weekend PC Games Sale