Carlo Rovelli’s bestsellers saw him dubbed the poet of physics and showed a mind seeking knowledge for its own sake. His new book, There Are Places in the World Where Rules Are Less Important Than Kindness, reminds us why we need more minds like his

I APPROACHED Carlo Rovelli’s latest book with trepidation, bordering on dread. The Italian quantum gravity researcher’s previous bestsellers – Seven Brief Lessons on Physics, Reality Is Not What It Seems, The Order of Time – have seen him playing on home territory, where his lucid, lyrical touch won him a reputation as “the poet of physics”.

But his new book’s title, There Are Places in the World Where Rules Are Less Important Than Kindness, suggested it might have gone … 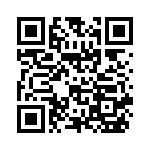