Rory was found living under a porch when he was just a kitten, so he’s always been full of surprises. While he definitely has his cuddly moments, he’s also pretty independent, and likes getting into trouble on his own. 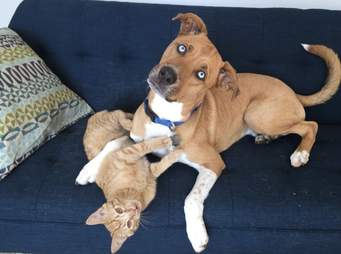 One day, Rory’s mom walked into the room and saw Rory hanging out on the floor — and almost had a heart attack.

She freaked out over what she thought she saw … 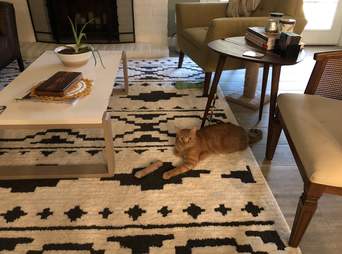 … but quickly realized it was just an optical illusion.

Rory was lying on the floor with one of his paws tucked under him, and a dog toy was lying right near where his paw would have been. At first glance, it totally looked like the toy was Rory’s disconnected paw, and his mom was thrilled when she realized it was just a trick of the eye. 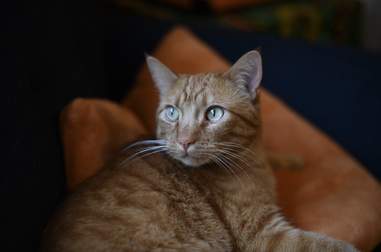 Despite his mom’s initial gasp, Rory didn’t even flinch. He was completely unfazed, and had no idea what his mom was so freaked out about.

Luckily, Rory and his paw are totally fine. It was all a perfect illusion, and just another shenanigan that Rory somehow found himself in.