These two very attentive cats give a whole new meaning to the term “teacher’s pet.”

The other day Clarinha, a student herself, decided to put together an adorable little lesson plan for the two cats — a step-by-step guide to drawing a flower.

Though handling a pen might be beyond Douglas Roberto and Jurandir’s skill set, they followed along with their teacher like two model students:

The cute clip ends before the lesson is through — but it’s safe to say Douglas Roberto and Jurandir deserve an A+ (and, for her part, Clarinha does, too). 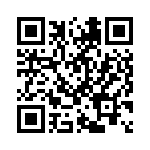