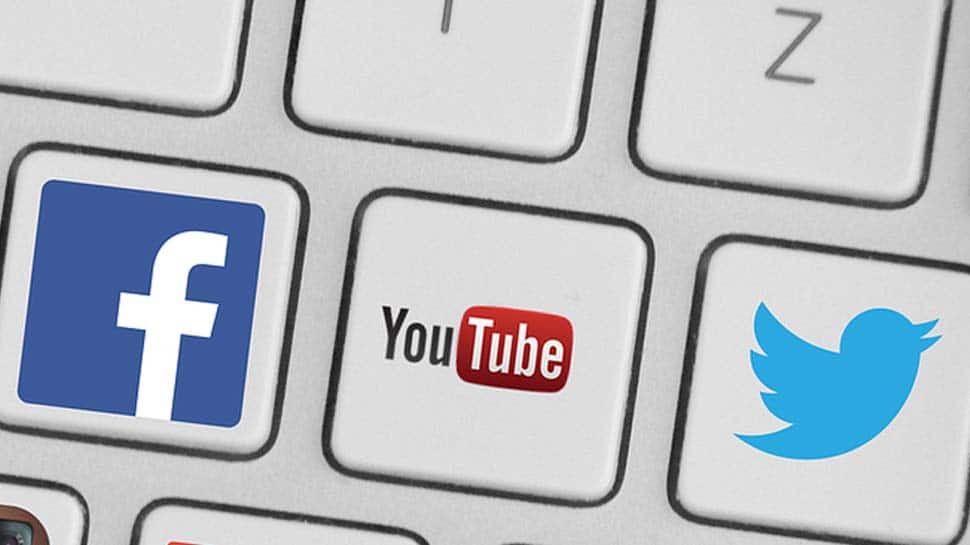 The central agencies are keeping an eye on around 2,500 social media accounts that are spreading Chinese propaganda in India, according to sources in the security agencies. The sources added that most of these accounts are operating through Facebook, Twitter and YouTube.

These accounts have their IP addresses traced in the countries of Pakistan, Hong Kong, UK, Russia and China. This comes a day after reports of snooping on some Indian leaders by China-based companies, according to news agency PTI.

The government on September 16 took up the issue with the Chinese envoy, according to a letter by External Affairs Minister S Jaishankar to Congress leader KC Venugopal reported PTI. The letter stated that the matter has also been taken up with the Chinese Foreign Ministry.

“The matter was taken up by the Ministry of External Affairs with the Chinese Ambassador today. Our Embassy in Beijing also raised it with the Foreign Ministry of China. The Chinese side conveyed that Shenzen Zhenhua is a private company and had stated its position publicly,” the minister told Venugopal. “In their part, the Chinese Foreign ministry maintained that there was no connection between the company concerned and the Chinese government,” he also said.

Jaishankar’s remarks came after Venugopal, during Zero Hour in Rajya Sabha, raised the issue that some Indian leaders were being spied on by Chinese companies and asked the government what it was doing in this regard. Jaishankar in his letter said that in their statement, a representative of Shenzen Zhenhua has stated that the data collected was from open sources and is no different from its peer organisations in western countries. The minister said they have denied accessing private information from confidential sources.

“The Government of India takes very seriously the protection of the privacy and personal data of Indian citizens. It is deeply concerned at any report that suggests that foreign sources are accessing or seeking to access the personal data of our citizens without their consent,” the External Affairs Minister told the Congress leader. Jaishankar said the government has constituted an expert committee under the National Cyber Security Coordinator to study these reports and evaluate their implications. The panel will assess any violations of law and submit its recommendations within 30 days, he said.

On September 16, in an attempt to distract Indian troops along the Line of Actual Control (LAC), China put up loudspeakers at Finger 4 area of Pangong Lake in eastern Ladakh and belted out Punjabi songs. The China forces have resorted to this old propaganda to mislead the troops.

This comes in the wake of Indian troops setting up an around the clock observation at the dominating height near Finger 4, overlooking the positions of the Peoples Liberation Army, according to news agency ANI. According to ANI sources, the post at which the Chinese Army has put up loudspeakers is under 24×7 constant watch by Indian soldiers.

On September 15, Union Defence Minister Rajnath Singh had asserted that China is in unauthorized occupation of about 38,000 square km of land in Ladakh, adding that its action shows its disregard towards our various bilateral agreements. Speaking in Lok Sabha, Singh had stated that under a so-called Boundary-Agreement in 1963, Pakistan illegally handed over 5,180 square km of Indian land of Pakistan-occupied Kashmir (PoK) to China.

“As this House is aware, China is in unauthorized occupation of about 38,000 square km of land in Ladakh. Also, under a so-called Boundary-Agreement in 1963, Pakistan illegally handed over 5180 square km of Indian land of PoK to China. China’s action shows its disregard towards our various bilateral agreements. The deployment of large amounts of troops by China is a violation of the 1993 and 1996 agreement,” the Defence Minister had said.

Singh had also stated that respect and strict adherence to the LAC is the basis for peace and harmony in the border areas, and is explicitly accepted in the 1993 and 1996 agreements. “While our armed forces fully follow it, it has not happened from the Chinese side,” the Defence Minister had said.

“As of now, the Chinese side has mobilized a large number of troops and ammunition in the LAC and interior areas. East Ladakh and Gogra, Kongka La and Pangong Lake have several friction areas on North and South Banks,” he had said. All citizens in the country to get free Covid-19 vaccine: Union minister Sarangi – Hindustan Times