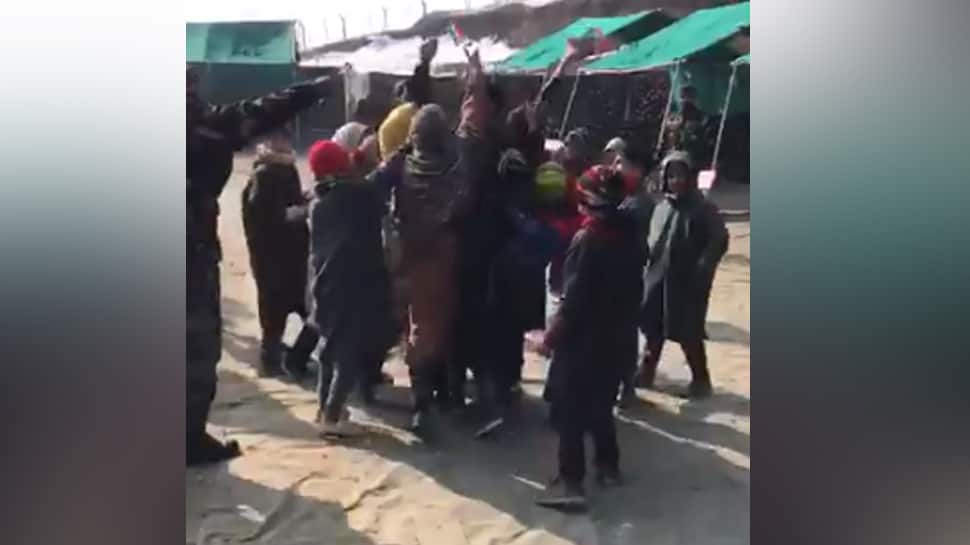 The Indian Army on Friday spoke about the children in Jammu and Kashmir in a video, ahead of Republic Day on January 26, 2021. Taking to micro-blogging site Twitter in a post said that there is a “change in Valley wind of Kashmir”

A video posted by the Northern Command of the Indian Army showed children gathered around a soldier who is seen distributing small paper-made Indian national flags. The kids shout with joy each trying to get the flag first. The tweet also read “kids wanting the Indian National Flag during one of the interactive sessions being conducted in Valley”.

The Northern Command tweet read, “Change in Valley Wind of Kashmir. Kids wanting the Indian National Flag during one of the interactive sessions being conducted in Valley.”

*Change in Valley Wind of Kashmir*

Kids wanting the Indian National Flag during one of the interactive sessions being conducted in Valley.#NayaKashmir#MeraKashmirBadalRahaHai#MeraKashmir#WeCan#WeCare@ChinarcorpsIA@adgpipic.twitter.com/7ws637GORj

On Thursday, Deputy Inspector General of Police (DIG) of Doda/Kishtwar/Ramban (DKR) Range Abdul Jabbar had visited Doda to review the security preparations ahead of the Republic Day celebrations. The DIG had said that at the present time, there is a very peaceful situation in Chenab Valley.

“I also had a crime review meeting to check the law and order and state of militancy in the zone,” he had said, adding that the security situation in the zone is satisfactory. On Republic Day celebrations during COVID-19, he said that there is no scope for large-scale celebrations. “The Republic Day must be celebrated following the guidelines issued by the health department,” he added.