Two days after India and China blamed each other for failing to make headway in talks over the military standoff on the Line of Actual Control in Ladakh, Beijing Wednesday said it “firmly opposed” Vice President M Venkaiah Naidu’s visit to Arunachal Pradesh last weekend. It asked New Delhi to “stop taking actions that would complicate and expand the boundary issue”.

Within hours, the Ministry of External Affairs rejected Beijing’s statement, saying Arunachal Pradesh is an “integral and inalienable part” of India and objection to visits of Indian leaders to a state of India “does not stand to reason”.

In Arunachal Pradesh, the Vice President had addressed the state Assembly, interacted with “achievers”, inaugurated the Assembly library, the Dorjee Khandu auditorium and a paper recycling unit in Itanagar, besides meeting the state leadership including the Governor and Chief Minister.

Beijing’s objection to Indian leaders visiting Arunachal Pradesh is not unusual. It has objected to visits in the past by Prime Minister Narendra Modi and Defence Minister Rajnath Singh in 2019, and Home Minister Amit Shah in 2020. Each time, its objection has invited a sharp response from the Indian government. But on Wednesday, New Delhi also underlined the border situation – and that’s what made its response somewhat different. 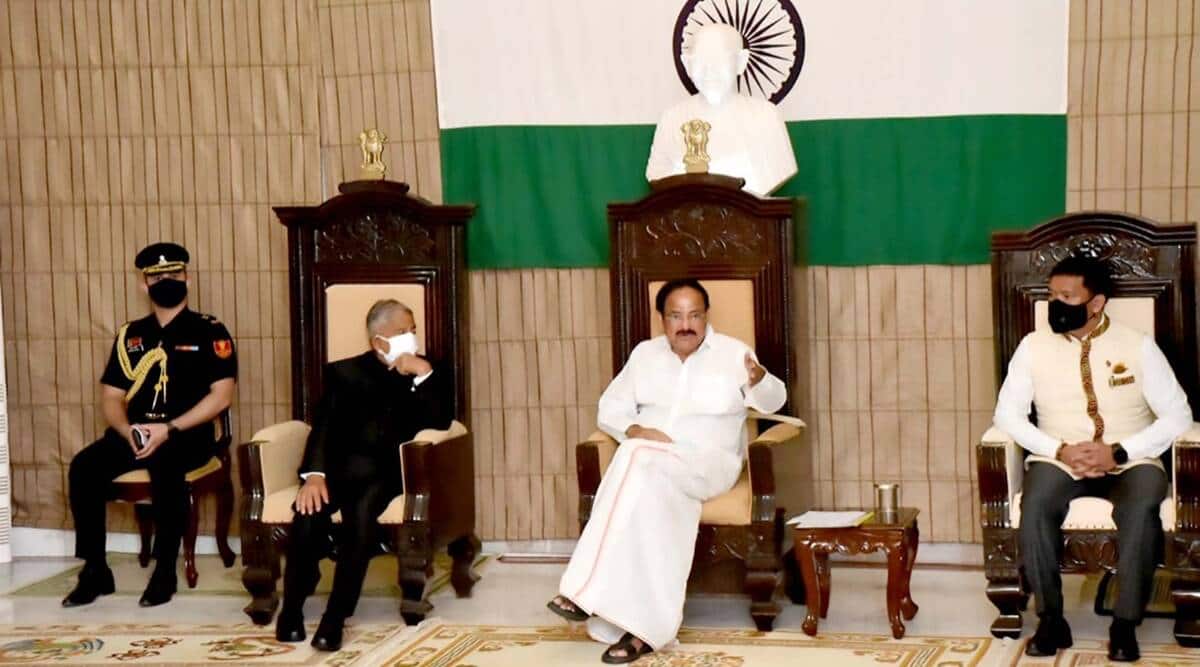 “The Chinese government never recognises the so-called Arunachal Pradesh established unilaterally and illegally by the Indian side, and is firmly opposed to the Indian leaders’ visits to the area concerned,” he said.

“We urge the Indian side to earnestly respect China’s major concerns, stop taking any action that would complicate and expand the boundary issue, and refrain from undermining mutual trust and bilateral relations. It should instead take real concrete actions to maintain peace and stability in the China-India border areas and help bring the bilateral relations back on to the track of sound and steady development,” Zhao said.

BY RAISING the LAC issue, New Delhi is underlining that Beijing’s bid to alter the boundary status quo is behind the slide in ties. And that it cannot be delinked from any talks between the two sides.

In response, Arindam Bagchi, spokesperson for the Ministry of External Affairs, said: “We have noted the comments made today by the Chinese official spokesperson. We reject such comments. Arunachal Pradesh is an integral and inalienable part of India. Indian leaders routinely travel to the state of Arunachal Pradesh as they do to any other state of India. Objecting to the visit of Indian leaders to a state of India does not stand to reason and understanding of Indian people.”

Bagchi then blamed the Chinese for the situation along the LAC. “Further, as we have mentioned earlier, the current situation along the LAC in the Western Sector of the India-China border areas has been caused by unilateral attempts of Chinese side to alter the status quo in violation of the bilateral agreements. Therefore, we expect the Chinese side to work towards early resolution of the remaining issues along the LAC in Eastern Ladakh while fully abiding by bilateral agreements and protocols rather than trying to link unrelated issues.” 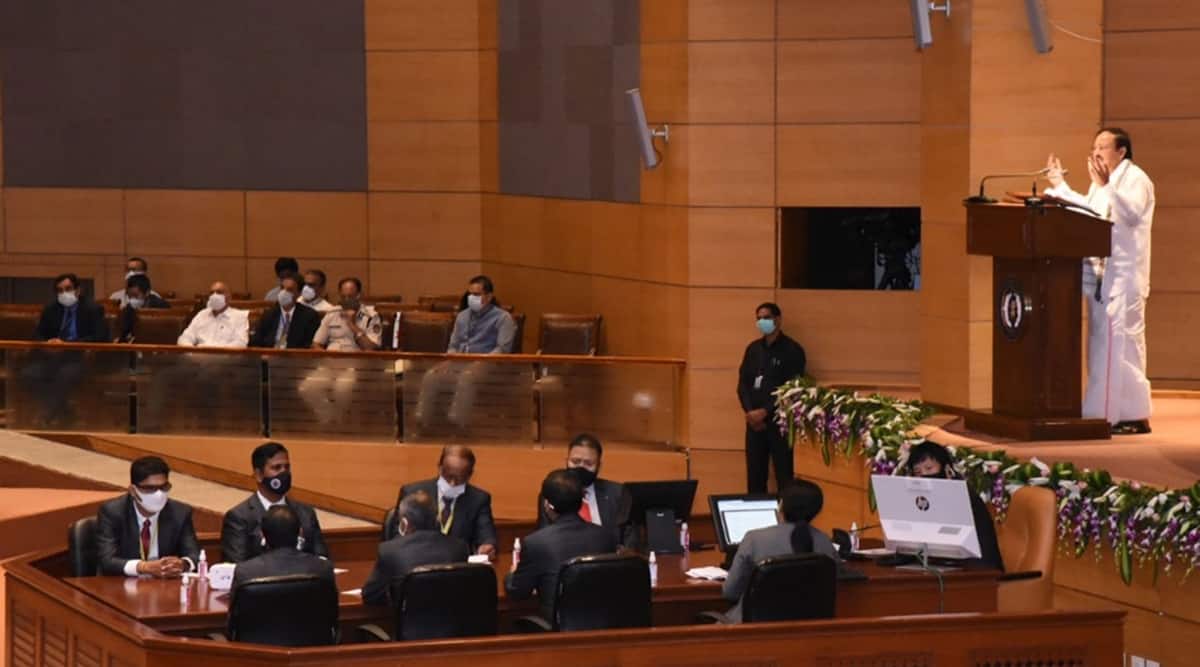 In Ladakh, troops have disengaged on the north and south banks of Pangong Tso and Gogra Post, but not at Hot Springs where they continue to face each other ever since the Chinese crossed the LAC in May 2020. The Chinese have also been preventing Indian troops from accessing traditional patrolling points on the Depsang Plains, not far from the strategic Indian outpost at Daulat Beg Oldie near the Karakoram Pass in the north.

On Monday, after the 13th round of Corps Commander-level talks, India said its delegation made “constructive suggestions” on resolving the situation in the “remaining areas” but the Chinese side “was not agreeable” and also “could not provide any forward-looking proposals”. China, on the other hand, accused India of raising what it called “unreasonable and unrealistic demands” which, it said, “added difficulties to the negotiations”.

This sharp exchange of words was a departure from the past since the two sides had been issuing joint statements, displaying common understanding of the meeting outcomes.

On the eve of the meeting, Army chief General MM Naravane, speaking at the India Today Conclave, said the Chinese have been building infrastructure on their side of the region and this means “they are there to stay”. He had made a similar remark while on a tour of eastern Ladakh.

Earlier this month, there was a near clash in Tawang in Arunachal Pradesh after Indian soldiers confronted over 150 Chinese troops. They jostled each other before local commanders stepped in to control the situation. Late August, nearly 100 Chinese soldiers had intruded into Indian territory in Barahoti in Uttarakhand.

2021-10-14
Previous Post: Behind the Modi Government’s Doublespeak on Ladakh, a Refusal to Acknowledge Reality – The Wire
Next Post: Punjab up in arms: ‘Half of Punjab handed over to BSF’ – Times of India