Underlining that there is a mismatch between what China says and does, Defence Minister Rajnath Singh told Rajya Sabha Thursday that India will not back down from taking “any big and tough step” in its interest, and that there will be no change in the “traditional and well-defined” patrolling pattern of Indian soldiers along the Line of Actual Control in Ladakh.

“No power in the world can stop Indian soldiers from patrolling,” he said.

Making a statement in the House on the situation in Ladakh, two days after he made a similar statement in Lok Sabha, Singh said the government wants to assure 130 crore people of the country that it will not let India “bow down” its head. At the same time, he said, it does not want to bend anyone else’s head.

Citing operational reasons for not giving detailed replies to questions from members, Singh, responding to a query from Congress leader and former Defence Minister AK Antony, said there will be no change in the patrolling pattern of Indian soldiers.

With all Opposition parties backing the government, the Congress, which had been demanding a full-fledged discussion on the issue, did not register any protest.

Singh also agreed to Chairman M Venkaiah Naidu’s suggestion that he consider meeting some prominent leaders in his chamber and brief them on the ground situation.

“They are all our people. Everybody is interested in country’s unity, safety and security, irrespective of parties. They should also know the actual position. So, in fitness of things, if the government briefs them also, taking them into confidence, then that will be an ideal situation,” Venkaiah Naidu told Singh after his statement.

Earlier, the Defence Minister briefed the House on how and when the present crisis began, and the diplomatic and military steps taken by India to resolve the issue.

Singh said the “situation this year is very different, both in terms of scale of troops involved and the number of friction points” but maintained that India “remain committed to the peaceful resolution of the current situation”.

He said since April, India had noticed a “build-up of troops and armaments” by the Chinese side in the border areas adjacent to Eastern Ladakh. In early May, he said, the Chinese took action to hinder the normal, traditional patrolling pattern of Indian troops in the Galwan Valley area, which resulted in a faceoff.

He said while the Chinese side has taken the position that the situation should be handled in a responsible manner and peace and tranquility should be ensured as per bilateral agreements and protocol, it is “apparent from Chinese activities that their words don’t match their actions”.

“A case in point is that even when the discussions were going on, the Chinese side again engaged in provocative military manoeuvres on the night of August 29-30 in an attempt to change the status quo in the South Bank area of Pangong lake. But yet again, timely and firm actions by our armed forces along the LAC prevented such attempts from succeeding. As is clear from these events, the Chinese actions reflect a disregard of our various bilateral agreements,” he said.

“As of now, the Chinese side has mobilized a large number of troops and armaments along the LAC as well as in the depth areas. There are several friction areas in Eastern Ladakh including Gogra, Kongka La and North and South Banks of the Pangong Lake. In response to China’s actions, our armed forces have also made appropriate counter-deployments in these areas to ensure that India’s borders are fully protected,” he said.

Antony asked Singh what he meant when he promised the House that the “government will do everything to protect the sovereignty of the country”.

From Explained | In India-China border row, the state of play in Ladakh

“You have to clarify. Sovereignty means status quo ante as in the middle of April. That is the meaning of protecting the sovereignty,” Antony said.

Referring to Singh’s statement that diplomatic and military engagements with the Chinese are continuing, Congress deputy leader Anand Sharma said, “we hope that the diplomatic channels will be exhausted for disengagement and de-escalation” and asked “do we understand that restoration of the status quo ante will remain non-negotiable and the final objective for India.”

Singh replied that the position on status quo has been clarified in his statement and that he has taken “cognizance” of what Sharma said.

Meanwhile, the Ministry of External Affairs, recalling the agreement reached at the Moscow meeting between External Affairs Minister S Jaishankar and Chinese Foreign Minister Wang Yi on September 10, and also the September 4 meeting between Rajnath Singh and Chinese Defence Minister Wei Fenghe, said: “There was consensus between the Ministers of the two sides, during both the meetings, that there should be quick and complete disengagement of troops from all friction areas along the LAC.”

“Both sides should, therefore, focus on easing tensions in the friction areas by refraining from any actions that may lead to an escalation in the situation. This requires strict adherence to the bilateral agreements and protocols and not making unilateral attempts to change the status quo,” MEA spokesperson Anurag Srivastava said.

“As Defence Minister has stated categorically in the Parliament on 15th September as well as earlier today, we are committed to a peaceful dialogue with the Chinese side, including through diplomatic and military channels,” he said.

“The Chinese side should sincerely work with the Indian side for complete disengagement at the earliest from all friction areas including Pangong lake as well as de-escalation in border areas in accordance with the bilateral agreements and protocols on maintenance of peace and tranquility in border areas. We hope the Chinese side will strictly respect and observe the Line of Actual Control and not make further attempts to unilaterally change status quo,” he said. 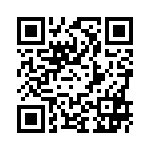