is considered India’s best player of spin bowling. He showed as much during India’s tour of Australia, where he frustrated their premier spinner, Nathan Lyon, throughout the four-Test matches with an immensely gritty display of batsmanship.

However, the India No.3 batsman has struggled in the ongoing home Test series against England. He has been dismissed on six occasions in the series so far — all barring one have come against spinners (the other being a run-out).

He found it rather difficult to score against Jack Leach, which is surprising when one takes into account Pujara’s record against slow left-arm spinners.

The 33-year-old averaged over 160 against SLA bowlers before this series, giving away his wicket only five times throughout his 84-Test long career! So, where is Pujara putting the foot wrong?

Throughout the tour of Australia, Cheteshwar Pujara had relied on a simple strategy — stepping out to play the defensive stroke against Nathan Lyon. The Indian batsman undoubtedly has a solid defence, and such a strategy complimented his style of play as well.

Against the ball coming into the right-hander, Pujara found it easy — thanks to his indomitable defensive technique on the Australian surfaces — to take on Nathan Lyon.

This continued in the first innings of the first Test against England as well, when he scored a gritty 73 off 143 deliveries to steer India to a respectable total. Pujara took on the right-handed spinner Dom Bess and Jack Leach, stepping out of the crease on numerous occasions to not only defend but also occasionally release his arms, as one can see in this highlights package:

If you notice, Pujara stepped out to hit Leach for boundaries on fuller deliveries in this knock. Against a slow left-armer, it becomes significantly difficult to step out on length deliveries, however, and Leach realized as much when he bowled in the second innings. From that point onwards, he began to pull back his length a bit against Pujara. Consequently, the risk involved in stepping out against Leach grew, as the ball would naturally turn away from the right-hander.

This forced Pujara to stay back at his crease and tweak with the way he had been defending throughout this time. In the second innings of the same Test, Pujara stays at his crease, doesn’t take a big stride even as the ball was only marginally pulled back off the crease. As a result, there was no confidence in his stroke, as he almost tried to play across as the ball kissed past the bat towards first slip.

In the coming Tests, the pitch’s assistance to spin bowling also played a key role, but Pujara’s struggles and underconfidence remained clearly visible. In three of his four wickets, Pujara was dismissed by Leach — the other being a run-out. 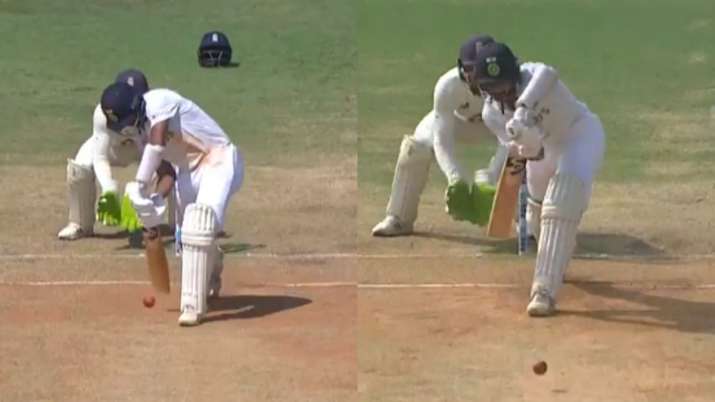 The ball turned significantly away from Pujara in the first innings of the second Test, as he played the wrong line.

Pujara’s dismissals in the pink-ball Test and the first innings of the fourth Test were almost identical. His knack of presenting the pad first came back to bit him as Leach kept the line in front of off-stump. On both occasions, he was dismissed leg-before wicket.

Pujara, known as the new ‘wall’ of Indian cricket — a nickname which certainly derives merit with some incredible performances throughout his career — is stranded outside of his comfort zone in the past few Tests. While his place in the team cannot be questioned on the account of his solid performances in the whites since the restart of cricket last year, his outings in the England series certainly ring a warning bell.

Evans On Djokovic Win: ‘I Felt Comfortable From The Outset’

Djokovic Set For Homecoming In Belgrade; All You Need To Know