In the third incident of conversion of girls from minority communities in over a week, a 15-year-old Christian girl was allegedly forced to convert to Islam by her teacher in Pakistan’s Punjab province.

According to a complaint filed by the girl’s father Mukhtar Masih at a police station, Faiza was taken to a seminary in the Sheikhupura city, some 50 km from Lahore, by her school principal Saleema Bibi, who forced her to embrace Islam.

Mukhtar said the girl had gone to school on Wednesday but did not return home.

We contacted the school to inquire about her. A class teacher told us that Principal Saleema Bibi had taken our girl to a madrassa (seminary) to convert her to Islam,” he said.

Mukhtar said they visited at least three seminaries and found her in one of them but the staff did not allow her to return with them.

Police raided the seminary on the basis of the complaint, recovered the girl and shifted her to a Darul Aman (shelter home) in Sheikhupura.

We took action and recovered the girl on Mukhtar Masih’s complaint but FIR has not been registered against any one yet. However, we are investigating the matter, Muhammad Nawaz, the police official investigating the case said.

The girl told her parents that as she was reading Arabic in school, her teacher said she had “automatically become a Muslim.”

The principal had also offered us to convert to Islam and in return she would compensate us by paying for our needs but we refused, Mukhtar said.

The parents of the girl have appealed to the authorities to allow their daughter to return home.

On September 3, a Hindu girl was allegedly abducted and converted to Islam in Pakistan’s Sindh province.

A teenage Sikh girl was allegedly abducted and converted to Islam before being married to a Muslim man in the country’s Punjab province on August 30. 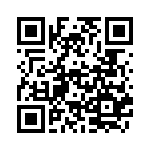