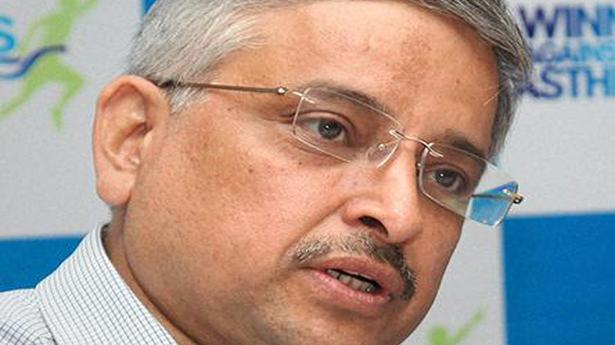 Two groups will submit trial results by December-end or January, and depending on the results the regulatory body should be able to clear them, says Dr. Guleria.

India could be looking at making available a COVID-19 vaccine as early as January, says All India Institute of Medical Sciences (AIIMS) Director Randeep Guleria, while saying that what matters the most is safety and efficacy and not being the first off the block.

Britain has approved Pfizer’s COVID-19 vaccine for wide-scale use. How close is India to having its own vaccine roll-out?

Two vaccines in India are in their third phase of testing, and we are hopeful that by January, we should be able to get emergency use authorisation. The two groups will be submitting their trial results by the end of this month or next month and then depending on the results, the regulatory body should be able to clear this through. Vaccine manufacturing is not about being first off the block — safety, efficacy of the vaccine which will be administered to a large healthy population is the prime concern. Also, we look forward to these (Indian-manufactured) vaccines because they are better suited for use in the Indian climate and will be more easily available.

After the alleged adverse vaccine reaction incident in Chennai, should the SII trial have been halted?

Trials would have been halted had the regulators found any direct relationship between the vaccine and the medical condition of the volunteer. It isn’t something that hasn’t been done before. We have seen COVID-19 vaccine trials being halted previously also. There are set worldwide protocols when it comes to testing drugs and vaccines and there are enough checks and guards in the country for any adverse action.

In the U.S., Italy and France, there is a renewed spike. While India is seeing a decreasing case load, can we be sure that we are past the worst or, is it possible that we are simply on a down curve?

There are clear indications that India is seeing a down-curve. But this in no way means that we become lax in any manner. With the vaccines just round the corner now is the time to more aggressively adhere to COVID-appropriate behaviour. We shouldn’t have more fatalities now. During the winter months, respiratory illnesses have a tendency to be more widespread and case spikes in Europe and the U.S.A. have shown that we need to have our guards up.

With a vaccine now expected to be widely available in India soon and assuming that it will be more than 70% efficacious, can we look forward to being mask-free in the latter half of the year?

The pandemic behaviours as we now know are linked to human behaviour. We can spread this by poor hygiene and respiratory habits. Wearing a mask protects us from a variety of illnesses and is a safety guard against air pollution. We have seen that discipline and COVID-appropriate behaviour have ensured that places such as Vietnam and Taiwan didn’t see the spikes that were witnessed in other parts of the world. India has to stay vigilant and ensure that we stay disciplined despite the COVID-19 fatigue that seems to have set in.

Why is it that the pandemic continues to rage in India despite one of the world’s longest lockdowns? And how is that China, with a bigger population than India, has contained it?

There are multiple issues with China here. First the data from here isn’t clear and enforcement of various norms and rules aren’t done in the same fashion as was done in India and Europe. In these places, people’s cooperation is sought and rules aren’t imposed on them. So these things make a difference.

Is it likely that we reach a situation where lockdowns — at least at the level of State or district — might have to be reimposed? There seem to be suggestions of a lockdown in Delhi?

No, large-scale lockdown cannot be the answer. I think we should look at aggressive testing, tracing and monitoring and creating containment zones. Large-scale lockdowns have an adverse impact on the livelihood of daily wagers and several others. We have to use the testing infrastructure and ensure that people isolate and follow appropriate behaviour.

India has significantly ramped up testing capacity. However with nearly half the tests of the rapid antigen variety, and most testing centres in urban localities, do you think a significant number of cases continue to be missed, particularly in rural India?