The number of new deaths in central Hubei province, at the epicenter of the coronavirus outbreak, rose by 139 as of Friday.

Most of the new deaths were in Hubei’s provincial capital of Wuhan, where the virus is believed to have originated, with 107 new deaths. A total of 1,123 people in Wuhan have now died from the coronavirus.

There were 2,641 new confirmed infections across mainland China, bringing the national total to 66,492.

A number of trade fairs and industry conferences in China and overseas have been postponed due to transportation curbs and concerns about the spread of the virus.

﻿A viral outbreak that began in China has infected more than 67,000 people globally. The World Health Organization has named the illness COVID-19, referring to its origin late last year and the coronavirus that causes it.

The latest figures reported by each government’s health authority as of Saturday in Beijing:

Investors are edging back into emerging markets, even though worries about the coronavirus’ impact on global economic growth have clouded prospects for the boom-and-bust asset class.

Nearly $730 million flowed back into emerging markets exchange-traded funds (ETFs) in the past week, according to Lipper, after two straight weeks of outflows that accompanied sharp declines in the stocks and currencies of developing countries.

The MSCI Emerging Markets Index, which measures stock performance, has rebounded 4% from its early February low, though it remains down on the year. Another index measuring emerging markets currency performance was still sharply lower, reflecting the slide in a range of currencies from Asia to Latin America.

Coronavirus is a deep challenge to China: China’s foreign minister

A top Chinese official acknowledged on Friday that the new coronavirus is a deep challenge to the country, but defended Beijing’s management of the epidemic while lashing out at the “overreaction” of other countries.

In a wide-ranging interview with Reuters in the German capital, State Councillor Wang Yi, who also serves as China’s foreign minister, urged the United States not to take unnecessary virus-response measures that could hamper trade, travel and tourism.

“The epidemic overall is under control,” he said. “This epidemic is truly sudden. It has brought a challenge to China and the world.”

“We’ve taken such complete prevention and control efforts, efforts that are so comprehensive, that I can’t see any other country that can do this,” Wang said, adding that any leader in another country would find the challenge very difficult.

“But China has been able to do this.”

“Some countries have stepped up measures, including quarantine measures, which are reasonable and understandable, but for some countries they have overreacted, which has triggered unnecessary panic,” he said.

China will help companies resume production as soon as possible, the vice governor of the central bank said on Saturday

US State Department will evacuate some American citizens and their families aboard the Diamond Princess cruise ship, the biggest cluster of coronavirus infections outside China, the Wall Street Journal reported on Friday.

About 380 people will be offered seats on two evacuation flights from Japan back to the United States, the Journal said, citing an official of the U.S. Centers for Disease Control and Prevention (CDC).

The evacuees will arrive in the United States as early as Sunday, the newspaper said, citing Henry Walke, director of the CDC’s Division of Preparedness and Emerging Infections.

Hawaii health authorities began a search on Friday for anyone who may have had close contact with a Japanese tourist who fell ill on the island of Oahu and tested positive for a new coronavirus soon after returning to his home country.

The case came to public attention at a Honolulu news conference by Governor David Ige and senior state health officials, who said the man in question is believed to have become infected in Japan before embarking on his trip, or while en route to Hawaii.

That assumption is based on the 14-day incubation period of the virus, and the fact that the man became symptomatic after less than a week in Hawaii, the state health officials said.

Chinese gymnasts pull out of World Cup in Australia

The Chinese gymnastics team entered into next week’s World Cup in Melbourne has pulled out due to Australian government travel restrictions put in place to limit the coronavirus outbreak, organisers said on Saturday.

The restrictions on foreign nationals travelling from China were introduced in early February and extended for another week on Thursday.

The extension effectively rules out China’s participation at the Feb. 20-23 World Cup, which offers qualifying points for this year’s Tokyo Olympics.

“It has been a very challenging few weeks for us all, but none more so than for the Chinese gymnasts and officials who have been training and preparing to come to Melbourne,” Gymnastics Australia CEO Kitty Chiller said in a statement.

“I have been in regular contact with the Chinese Gymnastics Association and its President, who informs me all of their delegation are well and have shown no sign of infection.”

“Despite this, we all have to respect the Australian Government’s travel restrictions.”

International Business Machines Corp said on Friday it had canceled its participation in the RSA cyber security conference in San Francisco due to coronavirus-related concerns.

“The health of IBMers is our primary concern as we continue to monitor upcoming events and travel relative to Novel Coronavirus (COVID-19)”, the company said in a tweet.

RSA said in a statement that it would proceed as scheduled despite IBM’s decision to no longer participate in the conference as a Platinum Sponsor. 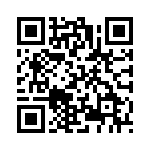