Due to the COVID-19 pandemic, the entire nation has been put under lockdown for 21 days. Hence actor-filmmaker Rakshit Shetty is using this time to work on the script of his ambitious project Punyakoti.

For the uninitiated, the Kirik Pary star recently returned a while back post completing a grueling shoot schedule for his next, 777 Charlie in Rajasthan and Punjab. Rakshit returned to Bengaluru on March 14 and has been self-quarantined as a safety measure. He told TOI, “Since we had been travelling so much for the film, it was our social responsibility to isolate ourselves and not meet anyone in person during this time.”

He went on to share, “I am using this time to finish the script of Punyakoti. I’ve found a new favourite spot in my balcony, where I’ve been writing for a while now, and I’m hoping to get most of my work ready soon.” (sic)

For the uninitiated, the period film is said to be based on legendary Janapada Geethe (folk song) of the same name. The music for the movie will be composed Charan Raj while Karm Chawla will serve as the DOP on the ambitious project. The director of Avane Srimannarayana Sachin will be editing the film and handling of the VFX. Punyakoti is said to go on floors by the end of the year.

Rakshit concluded by speaking about his recently announced film. He said, “I will first start Sapta Sagaradaache Yello, once the current situation gets a little better, following which I’ll concentrate on Richie, Punyakoti and Tenali respectively.”

After all the love you guys showered on #GBSM, @hemanthrao11 , @Pushkara_M and I are coming together for #SSY – Sapta Sagaradaache Yello | Here is the first look of the poster, Shoot begins in June 🙌 pic.twitter.com/sCgbn1IfXs

Sapta Sagaradaache Yello has been written and directed by Hemanth M Rao and produced by Pushkar Mallikarjunaiah (Pushkar Films). The movie is all set to go on floors in June after Rakshit wraps up 777 Charlie. 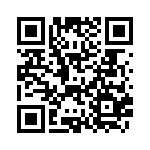